President Nana Addo Dankwa Akufo-Addo, during the State of the Nation address, told the Parliament of Ghana that his government has overcome the persistent, irregular and unpredictable electric power outage which is known amongst Ghanaians as ‘dumsor’.

According to the President, all efforts at industrializing the Ghanaian economy will come to nought if the country does not have reliable and reasonably priced electricity.

“Mr Speaker, all our best laid plans for industrialization would come to naught unless we have a reliable and reasonably priced energy sector,” he said.

This, the President says, it is progress Ghana under his leadership has made that, “in discussing the state of our nation, it takes a while even to get into our power supply matters”.

He stressed: “It gives me great pleasure to be able to say that we have overcome the dumsor menace.”

Unfortunately for the President, hours after telling Ghanaians that dumsor is a thing of the past, Accra and some parts of the country were plunged into total darkness, which will make one wonder whether the President has been truthful.

Some Ghanaians feel that the praises that President Nana Addo Dankwa Akufo-Addo showered on himself was populism and does not represent the true State of the Nation.

The persistent, irregular and unpredictable electric power outage has become part of Ghanaians and gradually, they are becoming used to, for that reason they do not really need the President nor his appointees to really stage a fanfare and announce whether or not dumsor has been overcome or not. 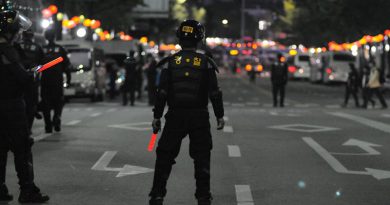 CoronaCoin, a cryptocurrency that goes up in value the worst the Covid-19 epidemic gets