Nollywood actress, Onyi Alex has blasted Nigerians for what she sees as hypocrisy and double standards.

The 33-year-old said that Nigerians make idols out of Big Brother Naija housemates who “fornicate” and go naked on live TV. On the other hand, celebs and random citizens who pose nude on Instagram are called prostitutes by these same Nigerians.

She said it’s hypocrisy and stated that from now on, she will “do me” without caring about what people think.

See what she wrote below: 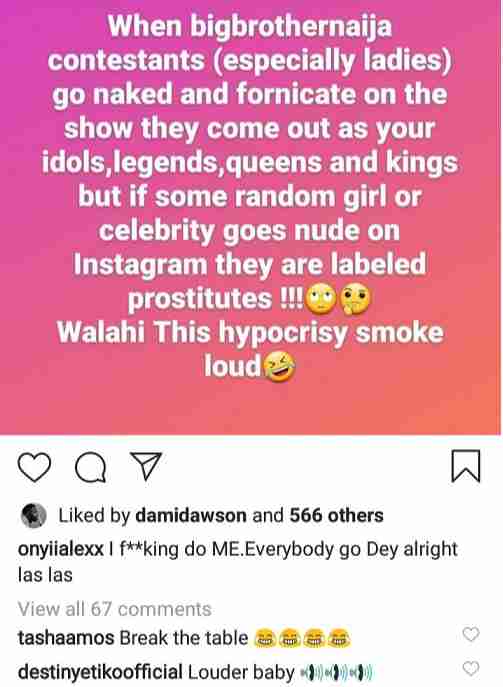 Do you agree with Onyi Alex? Drop your thoughts in the comments section.

Onyi Alex is a Nollywood actress from Anambra who was born and raised in Mushin, Lagos. 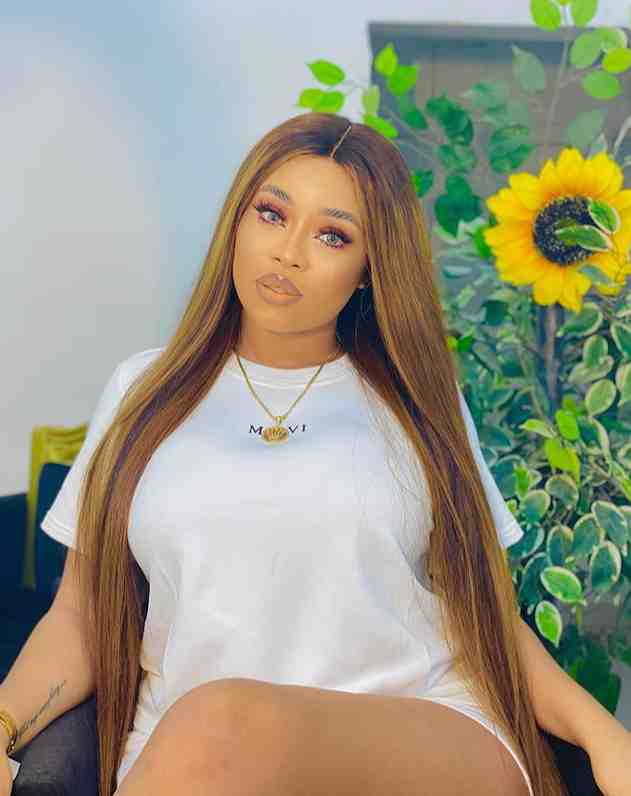 She made her Nollywood debut back in 2010 starring alongside Tonto Dikeh in the movie, 3Some. She has since gone on to act in over 80 movies including, Dirty Dancers, Over The Moon, Fashion Parade, etc.

She remains unmarried but has revealed that ace actor, Alexx Ekubo has been begging for her hand in marriage. Speaking on why she is yet to get married, she said; 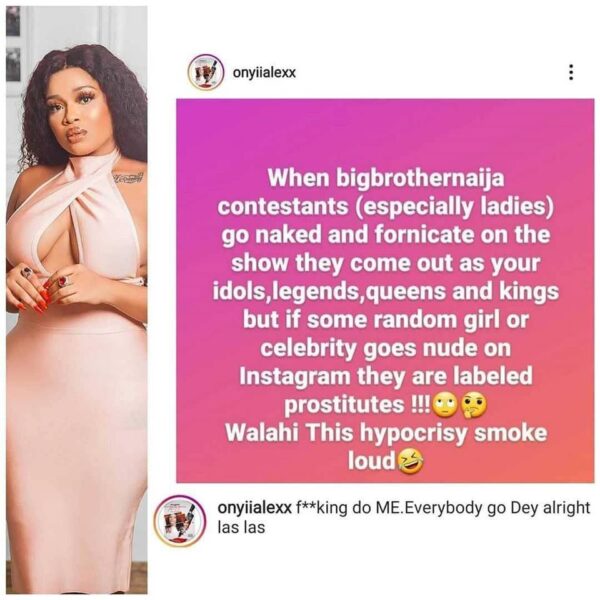 In related news, Vicar of the Anglican Church of the Epiphany, Abuja, Venerable Ifeanyi Akunna has urged the Federal Government to ban the popular reality tv show, Big Brother Naija.

The Vicar made this known in a recent message he titled, ‘A House Built on Faulty Foundation,’

According to him, Big Brother Naija promotes immorality and erodes the moral foundations upon which Nigerian youths should thrive. 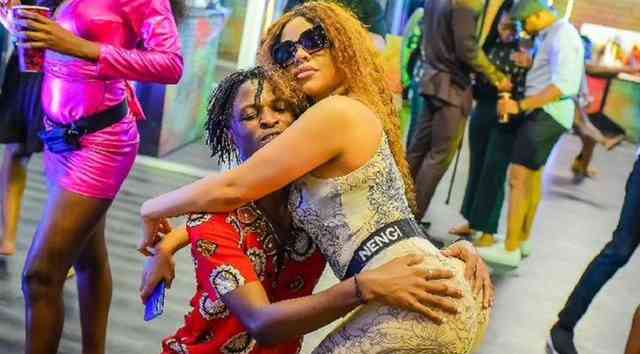 The cleric also tasked the government in restoring moral values and the dignity of education in Nigeria. According to him, the addiction of Nigerians to such reality shows as BBNaija does not add to their moral value.

How a girl died because of a Christmas ‘sugar daddy’