The government of Ghana has committed more funds to the fight against the COVID-19 pandemic than it has given to the cause of road safety in the past two decades, Dr Raphael Awuah, the African Regional Advisor on Data and Surveillance for Vital Strategies, has said at a two-day training workshop on the development of road safety mass media campaign in Accra.

“In Ghana, we have put in more money within two years to deal with the COVID-19 pandemic than we have done for road safety in the last two decades,” he lamented.

The training workshop, which was organised by the National Road Safety Authority (NRSA), Accra Metropolitan Assembly (AMA) and Bloomberg Philanthropies for Global Road Safety (BIGRS), sought to equip communication officers and managers within the city, national level and road safety organisations with knowledge on how to undertake effective mass media campaign to help reduce road crashes in the country.

It ended with a call on policymakers to consider road safety as a preventable public health crisis that must be addressed with a sense of urgency.

Dr Awuah suggested that more attention be given to issues of road safety just as was being done to curb the spread of the COVID-19 pandemic in the country.

He pointed out that there was increasing evidence to show that road traffic crashes led to several deaths and injuries annually, adding that this contributed significantly to the Global Burden of Road Traffic Crashes.

According to him, data from the Global Burden of Road Traffic Crashes in lower-middle-income countries for 2019 and 2020 indicated that road traffic injuries were the tenth leading cause of deaths noting that the years 2013 and 2016 recorded approximately 27 deaths per 100,000 population in Africa.

The Data Advisor said casualties from road traffic crashes constituted a high proportion of all admitted cases in Accra, citing a two-year study by the Accident Centre of the Korle-Bu Teaching Hospital (KTH) which revealed that about two out of five of all trauma cases representing 40 per cent were road traffic casualties. 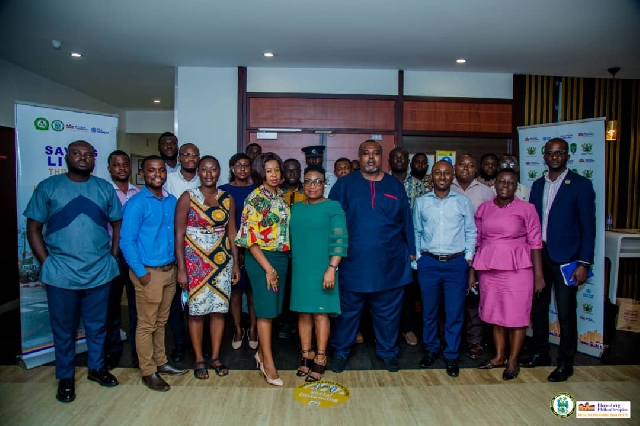 This, he said, puts a toll on the health sector particularly emergency services hence the need for stakeholders to focus attention on increasing resource allocation to reduce road traffic deaths and injuries and save lives as a matter of urgency.

He said data from the Institute for Health Metrics and Evaluation (IHME) on top causes of deaths and disability in Ghana between 2009 and 2019 indicated that road injures stood at number eighth, accounting for a 25 per cent increase in the number of deaths over the period.

“The top nine causes of death, globally, can be attributed to communicable and non-communicable, such as diseases of ageing, but road traffic injuries are the only cause of death that can be prevented and we need to view the issue from the public health perspective… Road traffic injuries are the number one preventable injuries globally, and these disabilities, when they occur, are for life,” he said.

He also used the opportunity to call on road safety agencies in the country to play their part in improving safety, particularly among vulnerable road users.

Mr Ebenezer Baidoo, Road Injury Surveillance Coordinator for AMA-BIGRS, in a presentation, said the third Road Safety Annual Report launched by the AMA revealed that road traffic deaths in Accra per 100,000 rose from 4.9 in 2019 to 6.3 in 2020, adding that vulnerable road users such as pedestrians, motorcyclists and cyclists made up 76 per cent of total deaths in 2019 and 85 per cent in 2020.

Mr Osei Kufuor, AMA-BIGRS Initiative Coordinator, urged all stakeholders to adopt the Safe System approach, which sought to eliminate fatal and serious injuries for all road users by recognising that human error was no longer the only primary cause of road crashes but the failure of the road system could also cause road crashes.