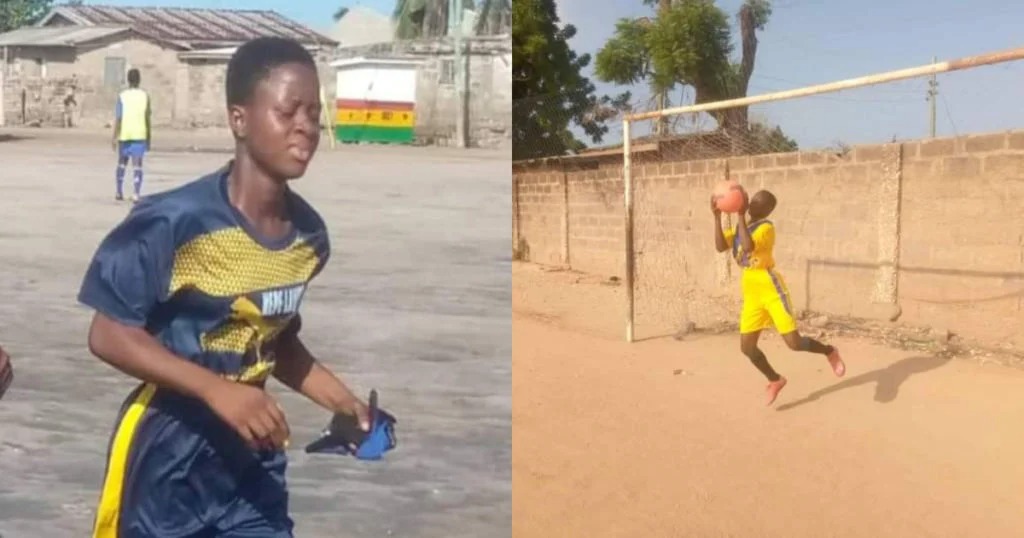 A promising female goalkeeper, Mabel Mawusi Dogah, has been identified as one of the seven persons who drowned in the Volta Lake last Thursday while travelling to the Eastern Regions.

The Mepe Ladies goalkeeper was travelling with her mother and siblings from Dzemeni to the Kwahu Afram Plains North for the Easter holidays when the unfortunate tragedy occurred on the lake.

The boat carrying about 20 people, including the young footballer, overturned midway through its journey because of a storm.

Seven people, including young Mabel, drowned; her body surfaced on April 17 and was buried immediately.

Thirteen others who were travelling on the boat were rescued.

Confirming the death of the budding goalkeeper, the Volta Regional Football Association wrote: “Our Condolences to the entire family of Dogah, Ghana Women League and Mepe Peace Ladies FC for the demise of their daughter and goalkeeper Mabel Mawusi Dogah.

“Mabel drowned on Thursday 14th April 2022, and her mortal remains was found later at the riverbank in Dzemeni yesterday, 17th April 2022. According to their customs, she was laid to rest the same day she was found. May she rest well in the bosom of her maker.”

Mepe Peace Ladies FC are one of the teams that have registered to play in this season’s Regional Division One Women’s League.

Mabel was part of the team that played in the FA Cup eliminations in the region to select the representatives for the competition.

Meanwhile, the National Disaster Management Organisation (NADMO) says they are working with local experienced fisher folks and other experts to continue rescue efforts.

It is typical for canoes and boats to be used as a means of transport on the Volta Lake. However, little attention is given to the safety precautions that precede the operation of canoes.

As such, when bad weather is encountered during the course of the voyage, it results in accidents and loss of lives.

In March last year, six persons, made up of four females and two males, drowned when the canoe in which they were travelling on the Volta Lake capsized at Adzamansu, a village in the Biakoye District in the Oti Region.

Four others managed to swim to safety.

One of the victims was identified as Evelyn Gadagoe, a form three Kadjebi-Asato Senior High School student.