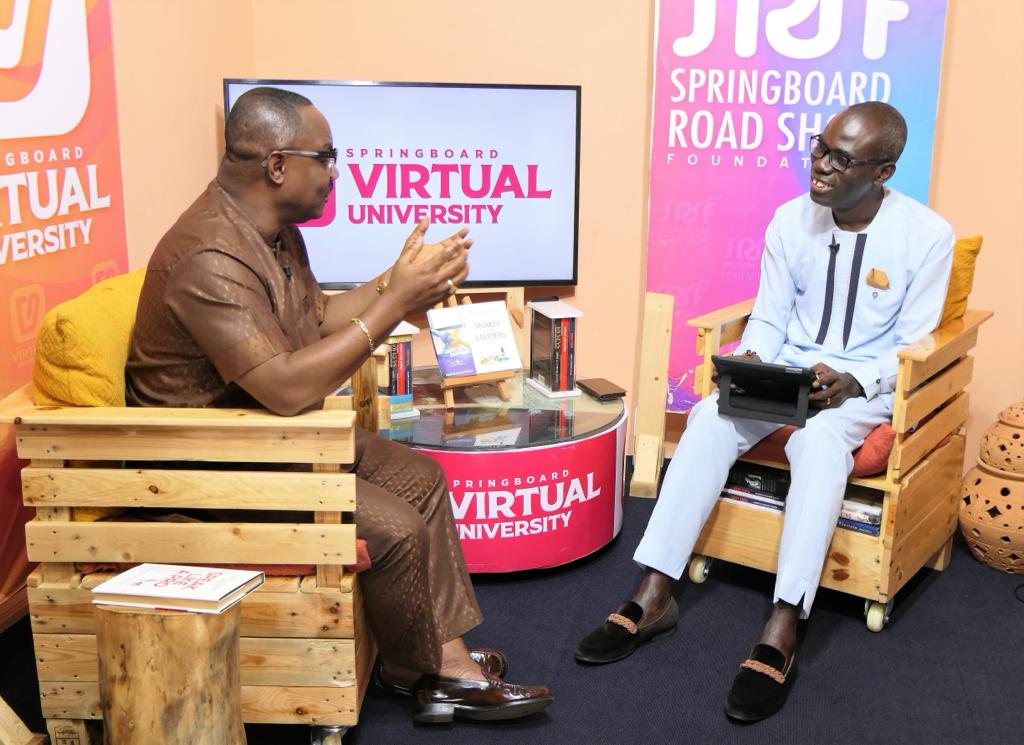 Chief Executive Officer of Farmhouse Productions, Ivan Quashigah has admonished the youth to work for free, noting that working for free and volunteering will pay them for the rest of their lives.

In a statement that many young people will find debatable and controversial, especially in the wake of the current economic hardships, the versatile filmmaker and creative director asserted that when young people offer their time and volunteer in jobs, in line with their career aspirations, they gain hands-on experiences that remain unmatched when they eventually launch their careers.

Ivan Quashigah told Rev Albert Ocran in a Springboard Virtual University interview that will be aired on Joy FM on Sunday, April 3 and subsequently on Joy Prime, that young entrepreneurs must look around for problems and solve them.

According to him, the entrepreneurship journey begins when many young people identify a problem, solve it and get paid for it.

He also reiterated the important role of volunteerism in the entrepreneurship journey.

“Volunteering to work for an established organization is an important part of a young entrepreneur’s training. You can’t just come out of school and, because you were the best student, decide to start a business. You need to learn from others. Volunteering will give you the experience you need to achieve something for yourself,” he stated.

Growing up, Ivan Quashigah’s journey to becoming a filmmaker could best be described as the ‘divine hand of destiny’. First, he was raised in Keta between two cinema halls – Croydon and Premier.

As a child, he sold movie tickets to willing patrons in exchange for the opportunity to watch the movies for free. He later started acting his own version of movies with other colleagues and got children in the neighborhood to pay in kind to watch them.

Ivan was mentored by the late Ato Yanney, another movie filmmaker and director, who helped deepened and shape his love for reading and African writers.

Through Ato Yanney, he had the opportunity to be on set for the film, ‘The Last Show,’ directed by Allen Gyimah, which saw the likes of David Dontoh, Grace Omaboe, George Williams, Lola Everett starring.

His journey to becoming a filmmaker had its own challenging moments. His father was detained just before going to NAFTI and he resorted to selling soft drinks to finance his education till he eventually got a scholarship.

His decision go to film school was met with ridicule and even after NAFTI, he was disappointed when he was posted to the National Service Secretariat for his service. But what was supposed to be a disappointment turned out to be a great blessing for him.

“While at the National Service Secretariat, we were asked to do a documentary as part of their 20th Anniversary celebration. That documentary enabled me to travel around the country for free, build relationships and appreciate different cultures. Till today, it has been a blessing in my business”, he stressed.

From “Things we Do for Love” to “YOLO”, Ivan Quashigah’s works in the creative media space are the silent standard most of his colleagues and other budding filmmakers aspire to.

He was also the brain behind ‘sika ooo sika’, a commercial he did for UAC Textiles whiles working with the late Jake Obetsebi Lamptey at Lintas.

Behind his cool and calm personality is a tough and decisive leader who would not hesitate to call a colleague at 2am to enquire about why a task has not been executed.

He attributes this side of his personality to the training he received from his late father, Major Courage Quashigah, a former military officer, and a Minister of Agric in the erstwhile Kufuor administration.

When COVID-19 ravaged businesses worldwide, and many corporate organisations laid off their staff, Ivan, determined to do otherwise. He, together with his team at Farmhouse, set up an App, the Farmhouse Movies App, to create movie content for young people.

At the time of its launch in December 2020, the App had already garnered over 50,000 downloads.

Ivan believes there are two possible outcomes to every pitch in life – a ‘yes’ or ‘no.’ A ‘yes’ means you can proceed, whiles a ‘no’ gives you an opportunity to learn.

He admonishes youth interested in entrepreneurship to find what they love or what makes them happy and be ready to sacrifice time and money to learn and grow in it.