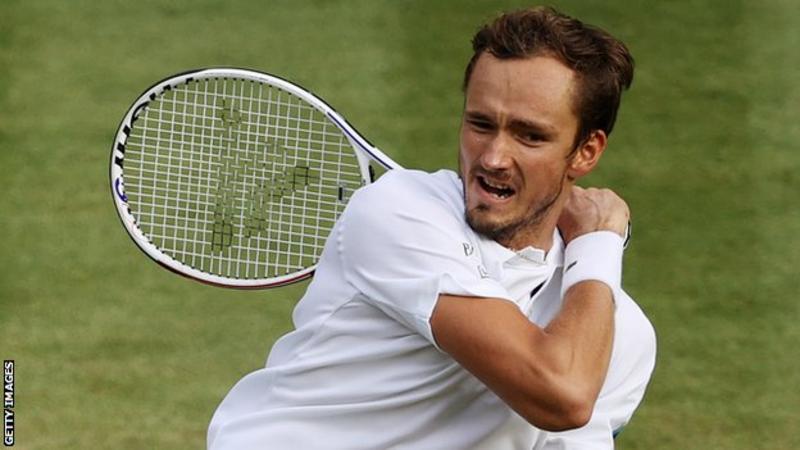 Russian and Belarusian players will not be allowed to compete at Wimbledon this year because of the invasion of Ukraine.

Players from both countries have been allowed to compete on the tennis tour but not under their national flags.

It is understood the All England Lawn Tennis Club (AELTC) will confirm the move later on Wednesday.

Sabalenka reached the semi-finals of last year’s tournament, while Medvedev reached the fourth round.

Russian world number 15 Anastasia Pavlyuchenkova – who called for the war to stop earlier this year – and 18th-ranked Victoria Azarenka of Belarus will also miss out.

They will all still be able to compete at the French Open, which begins in May.

The AELTC, which organises the grass-court Grand Slam, consulted the government in April about whether to allow players to compete.

Sports minister Nigel Huddleston previously said “nobody flying the flag for Russia should be allowed” to play at Wimbledon.

However, WTA head Steve Simon told BBC Sport in March that he did not believe players from the two countries should be banned from tournaments.

Russia was previously banned from defending its Davis Cup and Billie Jean King Cup team titles after the country’s invasion of Ukraine – a military operation supported by Belarus.

“It cannot just be a sanction against 90% of the Russian people and 10% not,” Savchuk told the New York Times.

“It has to be even and I think it is collective guilt.”

The Women’s Tennis Association (WTA) and the men’s association (ATP) have suspended their combined event scheduled to take place in Moscow in October.

The International Tennis Federation (ITF) has also cancelled its events in the country.