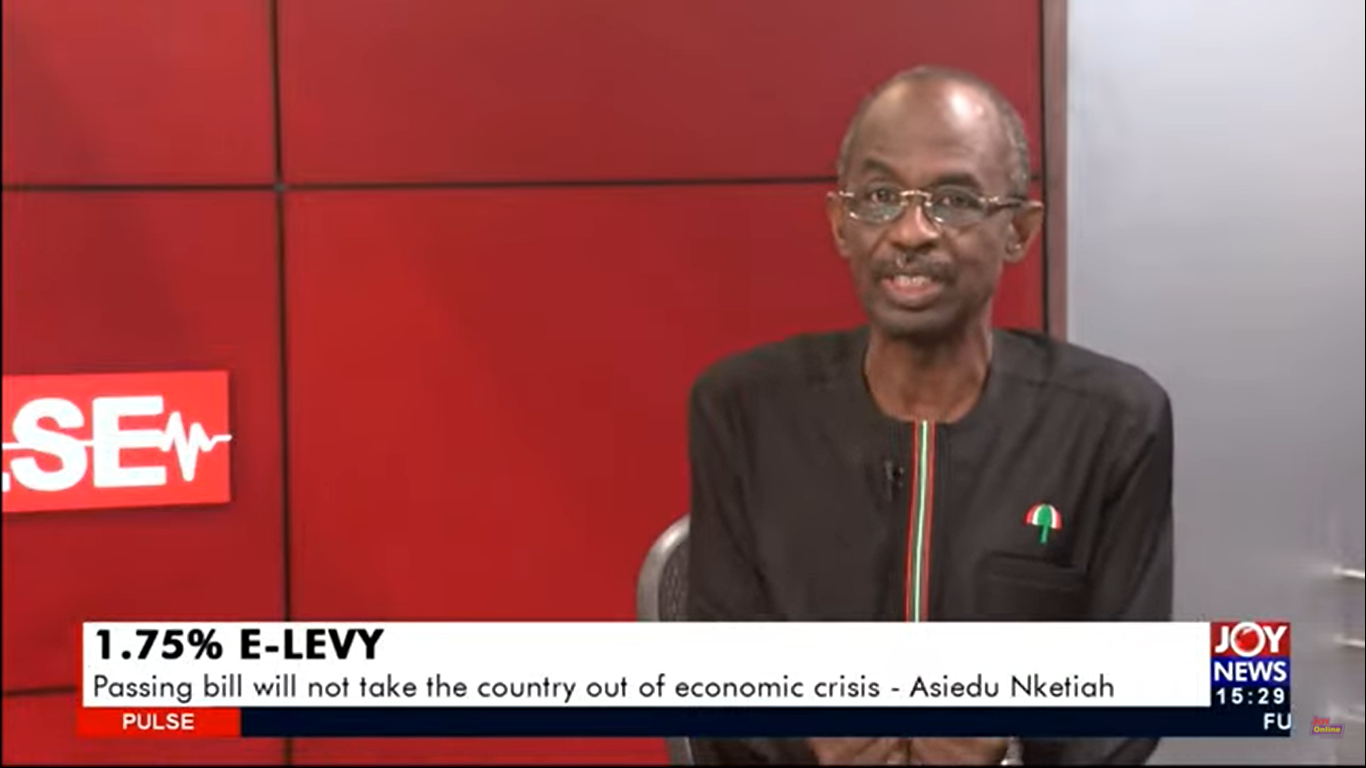 The General Secretary of the National Democratic Congress (NDC) has cast doubt on government’s position to revive the country’s economy with the approval of the Electronic Transaction Levy (E-levy).

According to Johnson Asiedu Nketia, “We [NDC] believed that how the economy is being managed or mismanaged, whether E-levy is passed or not, it will not take us out of the trench.”

The outspoken politician told JoyNews’ The Pulse that he believed government needs a cut expenditure if it wants to resuscitate the country’s ailing economy.

“In business management, there is a point in time where you decide to take certain actions to cut your losses. So we have come to the point that as a country, we need to begin to face the realities of our economic situation and take the right medication to heal the economy.

“So it is not about E-levy, raking in ¢6 billion or thereabout. We have a problem that we need to confront, and we need a major and comprehensive solution for it,” he told Blessed Sogah on Monday.

Mr Nketia further intimated that the government has performed abysmally in managing the economy that the country’s economy has crippled beyond imagination in just five years.

“Government is saying that they cannot enter the international financial market, the bond market is no longer receptive to our demands, and nobody wants to lend money to us. So as Ghanaians, we must ask ourselves, ‘What went wrong?’”

“In 2017, they were going to the bond market, it was favourable, everybody wanted to lend to Ghana, and you have been managed this economy for the past five years, so we ask ‘What went wrong that now, everybody is saying that it is risky to lend to Ghana and yet you are telling us that the economy is resilient.”

On Wednesday, November 17, 2021, Minister of Finance, Ken Ofori-Atta, presented the 2022 Budget indicating a 1.75 per cent charge on all electronic transactions.

Since its announcement, the e-levy has been the topic of discussion as some citizens express dissatisfaction while there have been arguments between specialists concerning it and suffering the full attention of the hung parliament.