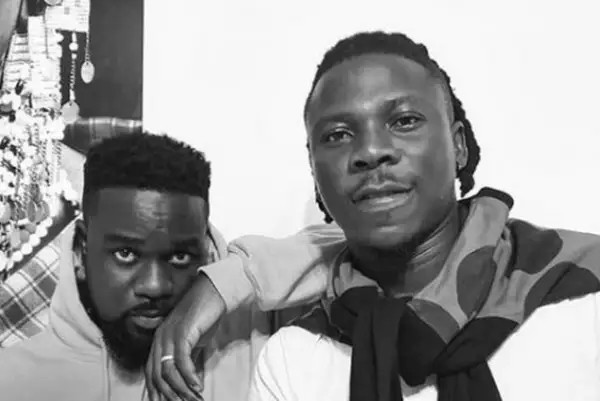 Reggae/Dancehall musician, Stonebwoy, has revealed that there is no bad blood between himself and rapper Sarkodie.

According to him, even though they have had some misunderstandings in the past, they set aside their differences and mended their friendship.

Speaking on Daybreak Hitz on Hitz FM, Stonebwoy said, “we be cool (sic). Right now, we are cool. As far as I’m concerned. The reality is that we are cool. There is no wahala (sic).”

In August 2020, a video of Sarkodie’s manager, Angel Town, with a bandage on his eye went viral. It was then alleged a week later that Stonebwoy had hit him.

Their argument was said to be over a parking spot at the rehearsal grounds of the Black Love Concert, where the Dancehall artiste was set to perform.

Sarkodie later uninvited the ‘Nominate’ hitmaker to the event a day after the incident, raising suspicions that the viral accounts of the incidents were true.

Stonebwoy subsequently apologised to Angel and Sarkodie, saying he had no intentions of hurting them.

He, however, denied accounts that he brandished a gun.

“I could not believe what I was reading online and hearing on the radio. I was shocked. There was nothing like that. Absolutely nothing,” he said.

Stonebwoy added that he and Sarkodie’s team are like brothers and regretted the unfortunate spat between himself and his friends.

Following his apology, the rapper also addressed the issues, noting that he was disappointed Stonebwoy resorted to a fistfight to resolve an issue.

After the disagreement, the two had not performed on the same stage for a long time. As a result, many were concerned and questioned the status of their relationship.

In April 2022, the two performed at the 2022 Accra in Paris event sharing the same stage for the first time since their spat.

Days before the event, they were hosted by a media house in France for an interview. The musicians in the videos that went viral buried the hatchet.

They were also billed to perform at the Asantehene’s birthday event in Memphis, in the United States of America.

Stonebwoy told Andy Dosty that “we were even chilling in Memphis; we are cool.”