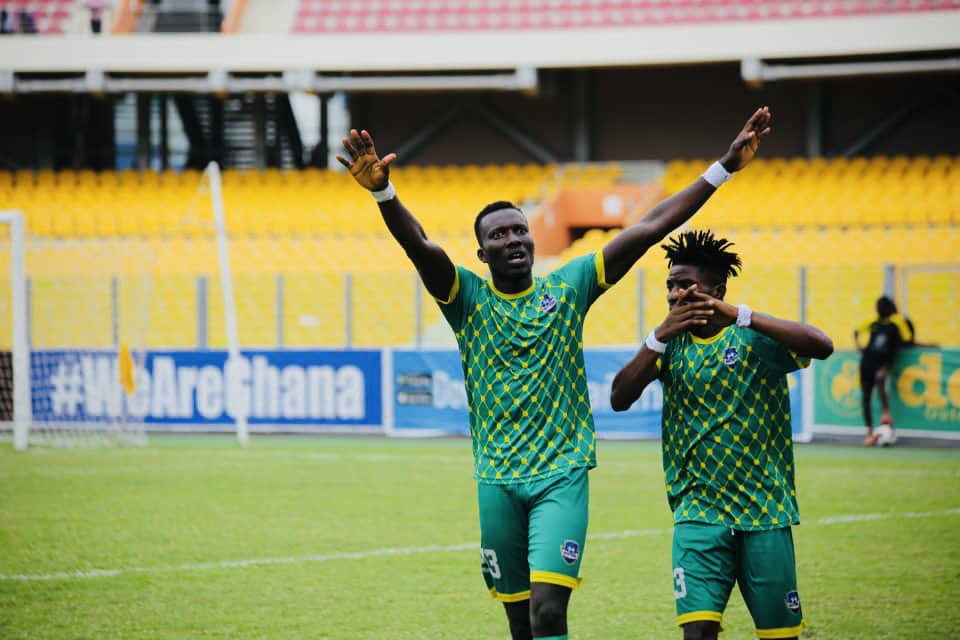 Nsoatreman Football Club forward, Samuel Ofori, has pleaded for financial assistance from the people of Nsoatre and Bono region ahead of their maiden campaign in the Ghana Premier League.

The club joined Samartex and Kotoku Royals as the three clubs to have secured promotion to the top-flight following their extra-time win over Tamale City at the Accra Sports Stadium on Tuesday, June 21.

Quizzed on what the club will need to do to stay beyond one season in Premier League, Ofori, who opened the scoring in the 2-1 win, called for people to come on board to support management.

“We are looking forward to sponsorship [and] whoever can assist us in the Premiership because it’s not easy. I know a lot of people in Nsoatre who can just extend their hands to our management and help us,” he told JoySports.

“So we are pleading with them to keep supporting us and assist in monetary issues and everything and when they do that Nsoatreman in the Premier League will be great.”

The striker, who ended the Divison One League season with 21 goals and 10 assists added that he looks to replicate the same performances for Nsoatreman in the Premier League.

“I look forward to playing every team because I’ve been training with all these teams many times and I got out of the team due to some issues.

“For some of the teams, I have playmates in there and they know what I can do so I am looking forward to every team that comes to Nsoatre and I promise I will not let the town down,” he concluded.