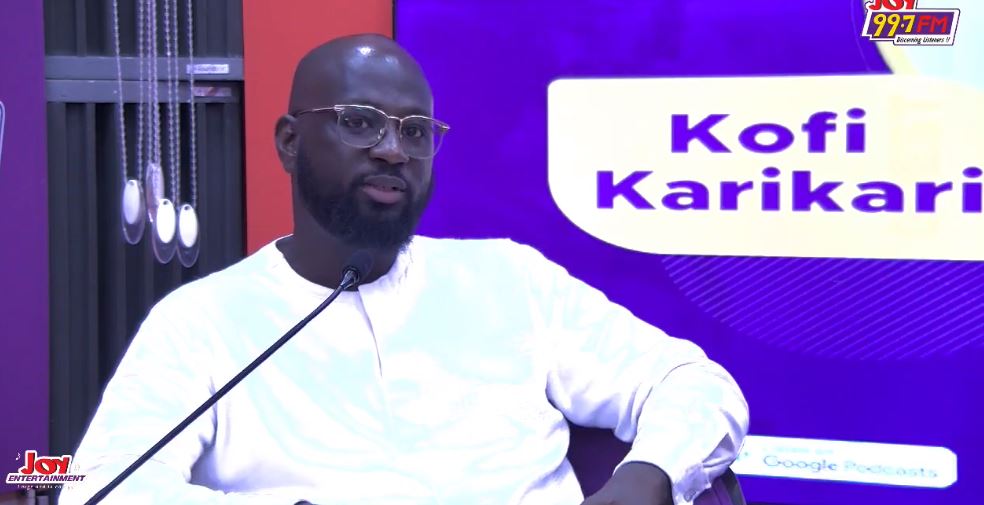 Gospel musician, Kofi Karikari has said Ghana does not only have a slew of great music talents but a very vibrant music scene that is cherished by many across the globe.

According to him, the entertainment and music industry has come far and keeps getting better by the day.

In an interview on Joy FM’s ‘The Reason is Jesus’ on Sunday, February 13, the songwriter added that the industry is large but still needs a number of things to spur its growth to the ultimate level.

“A lot of people laid the foundation and some people picked it up and took it a notch higher and it’s still growing. I believe that we have an awesome industry, it can only get better,” he told host of the show, Fifi Folson.

The local music industry has been described by many as lacking the necessary regional and global recognitions with claims that for a Ghanaian musician to break the music scene, they must feature colleagues from other countries to get the push.

Some have suggested the government invest heavily into the industry while others believe there is need for a total overhaul and rebranding for the creative.

But Kofi Karikari says the music industry has been successful so far; yet, a more deliberate effort can be made to shore it up.

“We have so much room to improve to get things done better than what we are doing now. I think with time, we’d be better,” he added.

The musician explained that his passion is to help people embrace the ministry of Christ and develop personal relationship with him.

“Christ is the plan that we work with. Even though we write down things we are expectant about and things we are desiring to see, it is the Lord’s will that we desire to be done at all times. We desire to see Jesus known in every heart.”

He has produced songs like ‘Meda Wase’, ‘We Bow Down and Worship Yahweh’, and ‘Hallelujah’ which have all been well-received by the Christian family.

The worship leader has an EP titled ‘Spontaneous’ which beholds tracks such as ‘Your Name’, ‘Great Praise’, ‘Yesu Din’ and ‘Spirit Take Control’.