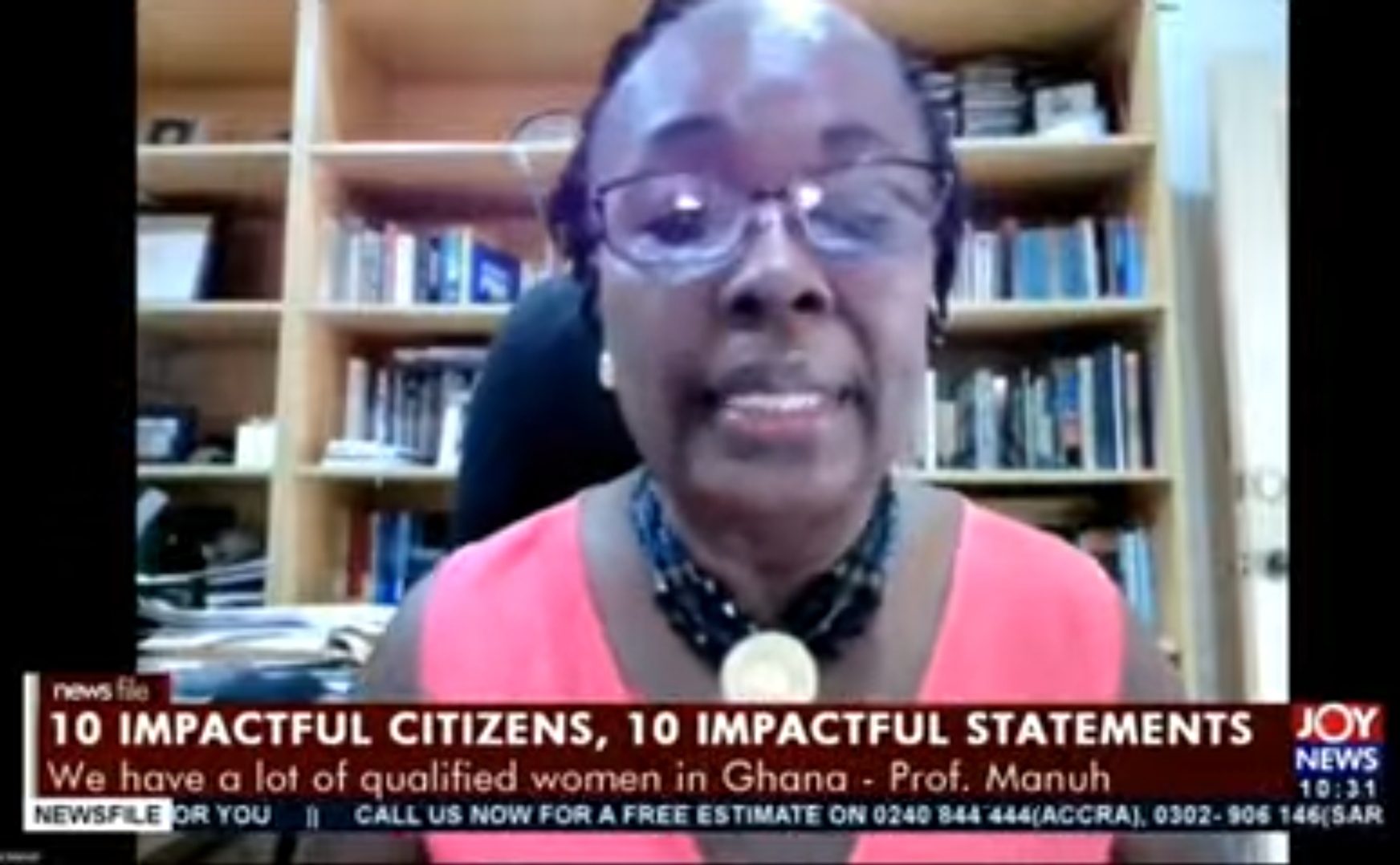 Professor Emerita of African Studies at the University of Ghana, says she is pleased with how women are taking over male-dominated roles in society.

Citing instances from the last year, Prof Takyiwaa Manuh said there are a lot of qualified persons in the country, with women not being an exception.

According to her, it is a positive thing that should be encouraged.

“Last year, there was a hike when we had a trio of female principal officers appointed or come into office at the University of Ghana. This was the first not only for Ghana, but in the world.

“I don’t believe that you would find any institution in the world where concurrently, the Vice-Chancellor, the Registrar, the Chancellor, the Chair of Counsel, the Chief Academic Officer and the Legal Counsel are all female.

Speaking on JoyNews’ Newsfile, Saturday, she noted that Ghana should give women the opportunity to take up prominent roles if the country wishes to experience development.

“Ghanaian women have served Ghana. They’ve served in our communities, our mothers. Because we don’t give them names; the home economist, and the human resource managers in our homes who are able to make magic with often very meagre resources,” she said.

“And they have served at the continental and international level; yet, Ghana still lags behind.”

This, she said, has resulted in fewer women taking higher positions, since male counterparts who have the power do not want to relinquish it.

“From the 2000s, we’ve gone to Parliament and each time, the Bill has died with Parliament; we have no Private Member’s Bill to push the Affirmative Action Bill and there seems to be no interest.”

She emphasised that “when the Affirmative Action Bill comes into law, many things are going to have to change.”