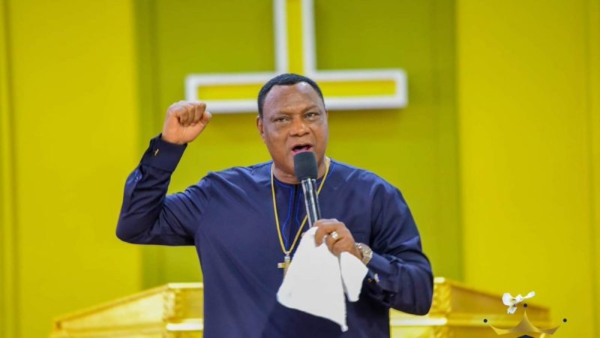 General Overseer for the Royalhouse Chapel International, Sam Korankye Ankrah has reiterated his demand for accountability from government.

He said government officials must be transparent about their responsibilities and the expenditure of the state’s resources.

“We the people of Ghana, we have resolved that not only will we queue to vote for our leaders and go to sleep. When we vote for them, we will call them into accountability.

“They have to account for the power vested in them. Those in power will account to the people and will not take the people for a ride anymore,” he stressed on Sunday.

Rev. Korankye Ankrah made these declarations when two persons who have been charged with alleged publication of false news visited his church to seek prayers and intervention.

Executive Director of the Alliance for Social Equity and Public Accountability (ASEPA), Mensah Thompson was arrested in connection with a Facebook publication, where he alleged that family members of President Akufo-Addo travelled on the presidential jet to the United Kingdom (UK) for shopping during the Christmas holidays.

Bobbie Ansah of Accra FM has also been accused of publishing fake news and offensive conduct.

The duo were at the Royalhouse Chapel International for prayers, where the Apostle General expressed hope that press freedom will be materialised through their legal battles.

“We don’t support the harassment of journalists who are going about doing their work by calling power to account. We are telling them that this is not going to be an assignment for the journalists and the courts only but for every citizen of this nation.

Praying for the duo who are currently on bail, the General-Overseer further asked for divine protection against any sort of looming threat on their lives.