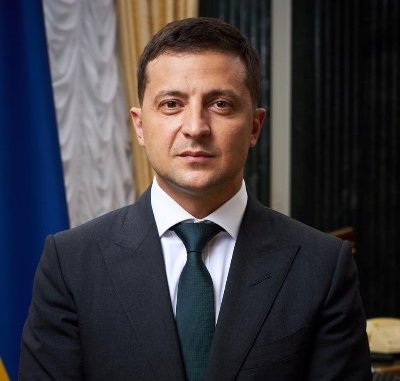 Ukraine’s border guard said that males aged 18-60 are not allowed to leave the country in a statement posted on its Facebook account.

The border guard said that this restriction will last for the duration of the period of martial law in Ukraine.

Ukrainian President Volodymyr Zelenskyy signed a decree Thursday on the general mobilization of the population in the wake of Russia’s invasion.

Conscripts and reservists will be called up over the next 90 days to “ensure the defense of the state, maintaining combat and mobilization readiness,” an entry on the Ukrainian presidency’s website said.

“We have been left alone to defend our state,” Zelenskyy said in a video address to the nation after midnight.

The Ukrainian leader vowed to continue fighting, saying that “a new iron curtain” was falling between Russia and the West.

Zelenskyy announced that 137 citizens, including military personnel, had been killed and over 300 had been injured since Russia invaded.

He called the victims “heroes” in the video address. Zelenskyy said that despite Russia’s claim it is attacking only military targets, civilian sites have also been struck.

“They’re killing people and turning peaceful cities into military targets. It’s foul and will never be forgiven,” he said.

Zelenskyy added that all the border guards on Zmiinyi island in Ukraine’s southwestern Odesa region were killed on Thursday.

Earlier in the day, Russia had taken Chernobyl, the site of a nuclear disaster in 1986 and where a decommissioned nuclear power plant and exclusion zone remain.

The White House said on Thursday that it was outraged at reports of hostages taken at the facilities at Chernobyl.