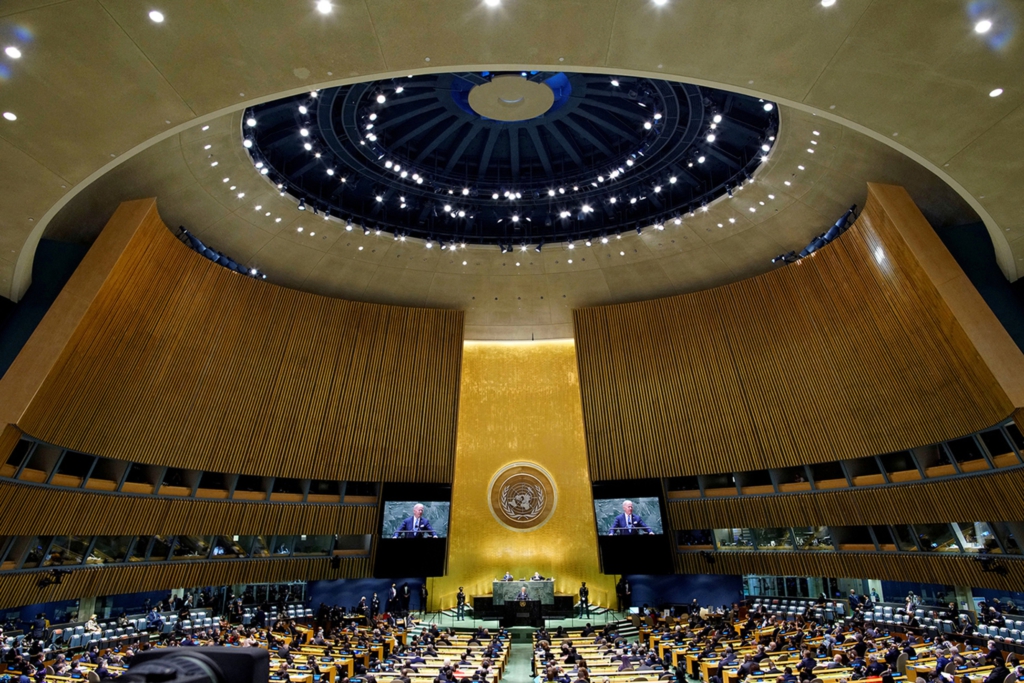 The Kingdom of Morocco’s non-participation in the UN General Assembly vote on the Russian-Ukrainian crisis is a sovereign decision, which cannot be interpreted as “a strategic misalignment” or as “a position against international law and the territorial integrity of states.”

In two separate communiqués issued by the Ministry of Foreign Affairs, African Cooperation and Moroccans abroad, it was stressed that Morocco follows with concern the evolution of the situation between Russia and Ukraine, reiterated its support for the territorial integrity and national unity of all UN member states, recalled Morocco’s commitment to the principle of non-use of force for the settlement of disputes between states and encourages all initiatives and actions promoting a peaceful settlement of conflicts.

Some experts in International Law and Geostrategy have said “the position of Morocco is backed by interests and principles, and it can in no way be interpreted as a strategic misalignment.”

Morocco, as a nation that is internationally respected and listened to, is rightly considered a reliable regional power on which both old and new strategic partners rely, said the President of the Moroccan Center for Strategic Studies and Research (CMERS), TareqAtlati.

As a sovereign state, Morocco’s decisions take into account peace and security in the world, said Atlati, recalling that since the outbreak of this war, Morocco had reiterated its commitment to the territorial integrity and national unity of all states, as it recalls its principle of non-use of force to settle disputes between states.

Morocco’s non-participation in the vote of the UN General Assembly goes within this framework, because the sovereignty of Morocco stands out, as usual, by the balance and wisdom, he noted.

Morocco, which regrets the escalation of this conflict, marks a position backed by interests and principles, stressed the Moroccan expert, for whom the non-participation of Morocco in the vote of the UN General Assembly can in no way be interpreted as “a strategic misalignment.”

A number of prerequisites related to the national cause are added to this because the position of Morocco is determined by considerations related to its environment, noted Atlati, adding that it is important to emphasize that “we have a national cause that determines our positions knowing that we are facing permanent members of the Security Council.”

Moreover, “Morocco, as usual, will work to maintain security and world peace in the service of humanity. It has decided to make a financial contribution to the humanitarian efforts of the United Nations and neighboring countries, in response to the appeal of the UN Secretary-General, “noted the political scientist.

For his part, the Director of the Strategic Center on Sahara and Africa, Abdelfattah El Fathi, stressed that Morocco highly values issues related to human rights, protection of lives and respect for the sovereignty of States and it is under this prism that the Kingdom has always called for the respect of the principles of international security and peace.

Morocco’s foreign policy has always made the non-use of military force a constant principle in the resolution of international conflicts, and has always observed the position of positive neutrality, which explains its membership in the Non-Aligned Movement, he noted.

The Kingdom of Morocco recalled that, in accordance with the Charter of the United Nations, the Members of the Organization must settle their disputes by peaceful means and according to the principles of international law, in order to preserve peace and security in the world, the same source adds.