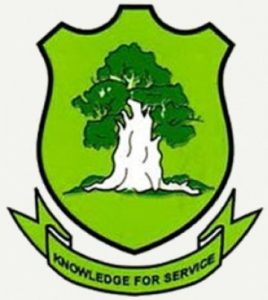 The University for Development Studies (UDS), through its Institute of Interdisciplinary Research (IIR), has introduced a short course in ethics and social responsibility at the workplace in a bid to help tackle corruption through moral and ethical standards.

Professor Gabriel Ayum Teye, the Vice-Chancellor of UDS, who launched the course during a national dialogue on ethics, corruption and sustainable development organised by the UDS in Tamale, said it was targeted at changing the attitude of both students and workers to enhance the fight against corruption.

He said admissions were open for the course to enrol individuals who were in public service, security services, vocational and technical areas, non-governmental organisations, students and workers across all fields.

Professor Mamudu Akudugu, the Deputy Director of IIR, said the rationale for the introduction of the ethics course was to move from tackling corruption from the legal and institutional framework perspective to using individuals within institutions for the fight.

He said the course was not just academic-based but entailed field practicals and case studies that would influence behavioural change.

It aims also to build the capacity of individuals faced with dilemmas in decision making, to make ethical decisions.

Mr Manasseh Azure Awuni, an Investigative Journalist, lauded UDS for the initiative, saying the course might turn out to be the university’s biggest achievement and greatest contribution to developing the country given that ethics were the rarest virtue in the country.

He stated that teaching ethics would be meaningless if promotions and appointments in the University were based on political and ethnic considerations rather than meritocracy.

He advised that the course be extended to be taken by undergraduates, not just people in trusted positions, to inculcate ethical standards in the daily activities of people across ages and qualifications.

Mr Azure encouraged students to strive and avoid cutting corners, which would sabotage their future, adding that corrupt acts blamed on poverty, were not the case.

Mr Samson Lardy Anyenini, a Lawyer and Journalist, who spoke via zoom, said citizens must make the right advocacies for laws such as the whistleblower law and others against corruption to be implemented as expected to defeat corrupt leadership and individuals.

He called for the full execution of Article 35 (8) of the Constitution of Ghana, which would provide legislative backing to the citizenry to properly participate in the fight against corruption.