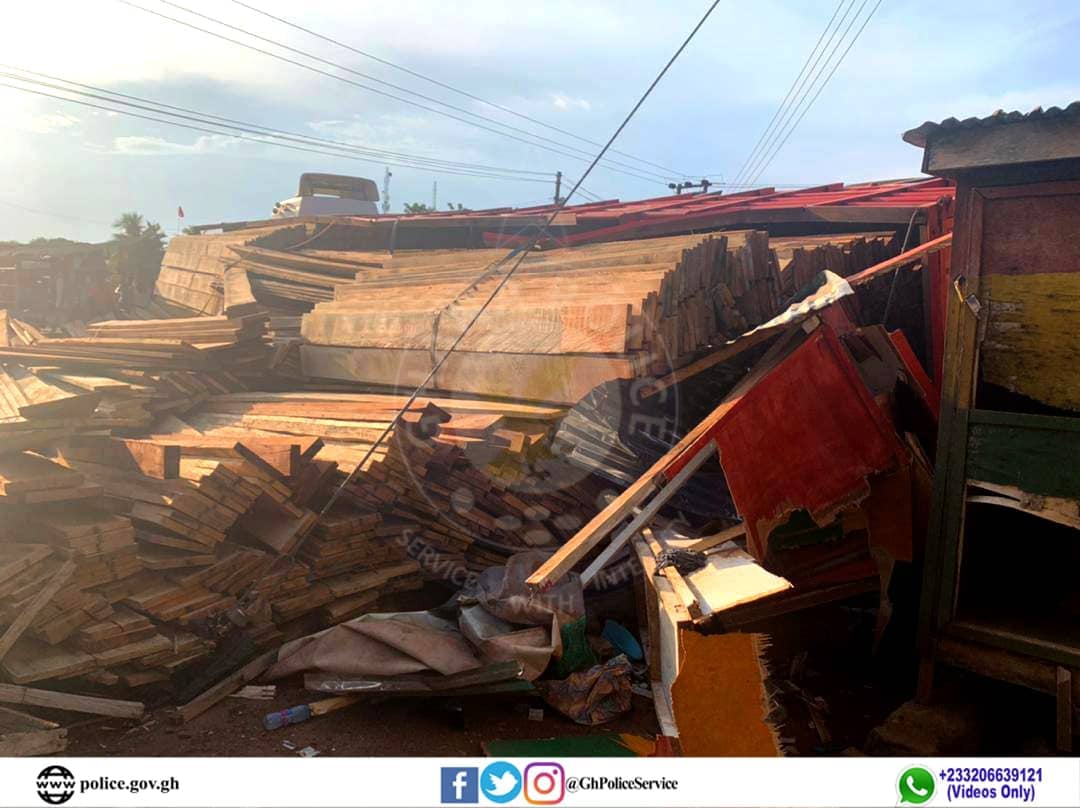 The Kenyasi District Police Command has arrested a 44-year-old articulated truck driver for insecure loading, careless driving and causing damage on Sunday May 1, 2022.

The police in a statement indicated that “the suspect driver was in charge of a Man Diesel articulated vehicle loaded with 2750 boards of sawn lumber from Goaso towards Techiman.”

According to the police, the trailer “and the load truncated from the truck and fell on the offside of the road” as the driver arrived in Ntotroso Township.

They went on to state that as a result, some market women’s property were destroyed along the highway.

“The Police have since cleared the road for vehicular movement,” portions of the statement read.

Meanwhile, the suspect driver is in custody and will be processed for court. The accident vehicle has also been impounded at the station for further action.

The police said “in order to clamp down on insecure loading and its attendant issues, the Ahafo Regional MTTD Command has been directed to take immediate steps to check the menace on the road.”

They added that any driver found culpable will be dealt with accordingly.