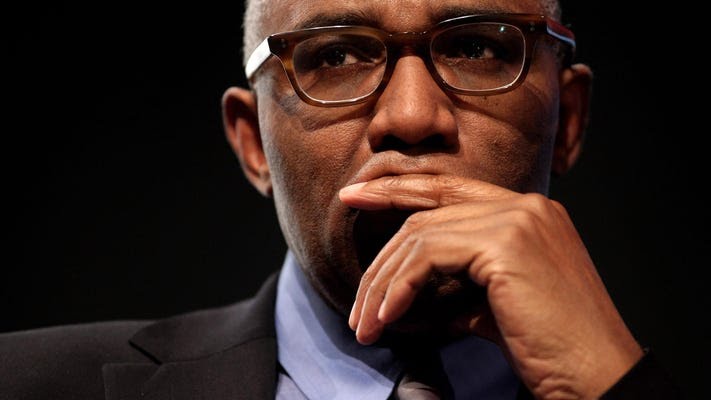 There are no Black chairmen, chief executive officers or chief financial officers in any of Britain’s 100 largest companies, as represented by the FTSE-100 index, suggesting efforts to diversify the C-suite are backsliding or failing.

Green Park, a UK consultancy and executive search firm, said in a preliminary report on Wednesday that not one company in the FTSE-100 (comprising the largest companies trading on the London Stock Exchange by market cap) had any Black chairs, CEOs of CFOs for the first time since 2014.

Overall, only 3.4% of the chair, CFO, CEO positions at FTSE-100 companies are held by ethnic minorities, including Asians – the same level as in 2014, when Green Park first began its analyses of UK corporate diversity.

Over that same period, the percentages of other minority groups (including South Asians, East Asians, etc.) in executive and non-executive director positions has slightly increased, although Green Park did not provide an exact figure.

While some UK companies like insurance giant Aviva and professional services firm Deloitte have pledged to increase diversity in their senior ranks, Trevor Phillips, Chair of Green Park told BBC that Black executives are often used as “window dressing” and feel they have little chance to reach the top, prompting many to leave big companies.

Attrition has also played a role — the retirement in July 2019 of Fred Phaswana, a Black South African who was chairman of UK-based packaging and paper firm Mondi plc, also thinned out the ranks of Black senior executives in the FTSE-100.

Indian-born Lord Karan Bilimoria, president of the Confederation of British Industry, a business lobby group, has repeatedly called for UK companies to promote more ethnic minorities to top positions, saying: “It’s staggering that we continue to see so little Black, Asian and ethnic minority participation in our boardrooms.”

“These figures put some flesh on the bone of last year’s [anti-racism and police brutality] protests,” said Phillips of Green Park. “We know there is no shortage of qualified [Black and minority] candidates to fill these roles if companies are willing to look. Yet the snowy peaks of British business remain stubbornly white.”

Another of the reasons for the reduction in Black senior executives was simply linked to changes in the FTSE-100 composition due to market cap reduction – when cruise-line operator Carnival was dropped from the index last summer, it was led by African-American CEO Arnold Donald.

In the United States, the situation is not much better – Fortune reported that there are currently only four Black CEOs at Fortune 500 companies, while the all-time high was six achieved in 2012.