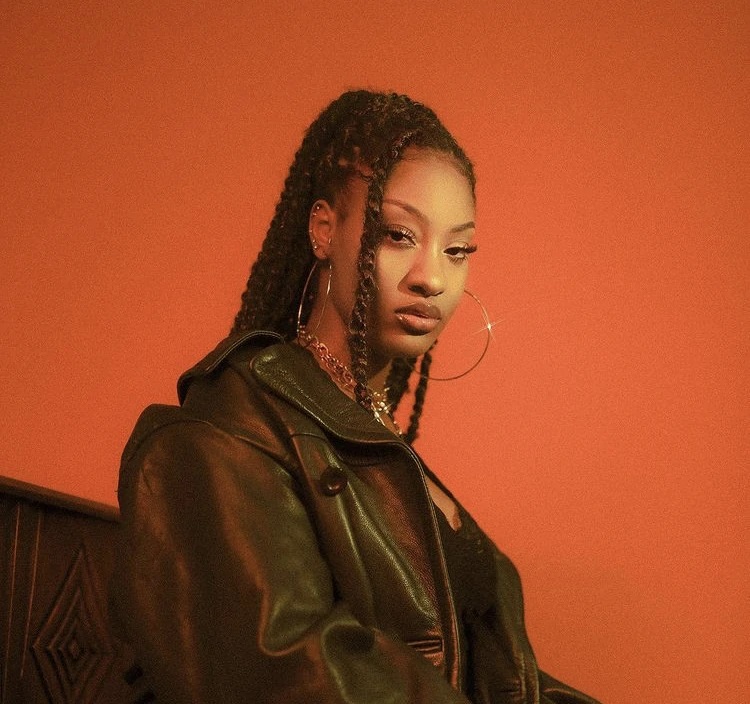 On episode two of Tems‘ ‘Leading Vibe Radio,’ on Apple Music 1, she is joined by her manager, Muyiwa and Def Jam boss, Tunji Balogun, to explore ‘The Other Side’ of humanity as they talk self-awareness, fear, celebrity, therapy and empathy.

Here are some excerpts from the chat;

Tems On Focus, Taking Time Between Releasing Music And How People React To That

People imagine themselves to be in your position, but don’t actually understand the actual work that goes into it. So everything that they say is based on their imagination.

One thing that a lot of people never notice until now is that the first half of every single year, since I ever released music is my time to work on myself, work on my music, do everything I need to do. And in that time it seems like, “Oh my God, what’s going on?” Nothing is going on.

And they’re scared for me in quotes, but if you go to the roots of that, it’s really because they’re afraid of doing what they really want to do. And they feel like, “Oh, how can this person just be chilling? What is she doing?” But you actually don’t know what I do on a daily basis. You actually don’t know how my life actually is in real life; you can’t even fathom it.

Honestly, I don’t. Maybe on the day that we’re releasing it, the day of, I’ll start looking for everything. Every reason why this song, this project should not be out. I’ll start thinking, oh my gosh, what have I done? I’ll start having last-minute anxiety.

And when I know I can’t do anything about it, it’s already something that is gone. Even if I said, oh, let’s not do it, I can’t actually stop it, but I just always decide all the time to have that last minute bout of drama. I just have some drama going on just before the 12 midnight, I’ll start acting dramatic. Just because it is my, “oh, it’s finally out” way of celebrating. It’s a ritual.

Apart from that, I really don’t. Do you think Picasso ever thought, “Hmm, I wonder if the way people think right now will stop them from understanding this art. Maybe I should draw something that people can receive well.”

I don’t. I mean, imagine if he did that, and we probably would not know his name, which real artist thinks about how people would receive something? Even if you took the formula, the reason why everybody should like something, you still find people that absolutely hate it and absolutely cannot digest it and absolutely dislike it.

Even if I decided I’m going to do a project that’s hits only.

According to what I think people think is a hit, I would do a project that’s hits only. Hits only. Hits only. It sounds mad. It sounds like a great idea. But when it comes out, there’ll be something that doesn’t quite gel. And it’s not just because I have become a slave to people’s opinions. It’s also that there’s nobody in this life that everybody likes.

How you see life, everybody can’t see how life, the way you see life. So why worry about whether they’ll see it from your perspective. If you don’t, you don’t, I’ll be fine either way. I’m still alive.

When I freestyle, when I make things, when I made “Replay,” I literally just opened my mouth and I just started singing. I didn’t think about, “Oh, this is empowering.” Even when I made “Free Mind,” I was dealing with a lot in my mind. And me, I was just releasing.

I was just like, oh God. I was just feeling it deeply. I wasn’t thinking about anything. It’s not a thought process. You don’t think about breathing.

I would never regret anything I released because I know that came from my soul and that’s what is important. Every single song came from a true place. So the only way I can ever regret is if I do think, “Hmm, what would people like?”

And then I release it and realize, that’s not me at all. Why did I do this? I don’t even believe the things I’m saying, why did I do this? And then I’m unhappy, while everybody’s happy. And everybody is feeling great with that song. And there’ll still be haters on that song too.

But if that song now went up, now I know that I hate that song with my life. Every time I perform it, I know it’s not me. And then I’ve trapped myself into a marriage with this song that I know I don’t really believe in. So who loses, who wins? Because the people that are listening to it, is it a win for them?

Some people’s way of creating is thinking about the masses. That’s perfectly fine. But for me and for any real artist, if you want to be happy, because you can have all the money in the world, you can have all the hits in the world and you’ll be miserable and you’ll be trapped because you now start feeling like you can’t express the real you after making so many hits.

Then you can’t, you’re afraid to show people who you actually are. Because you feel they won’t accept you. And then you trap yourself in your mind and you live your life continuously miserable.