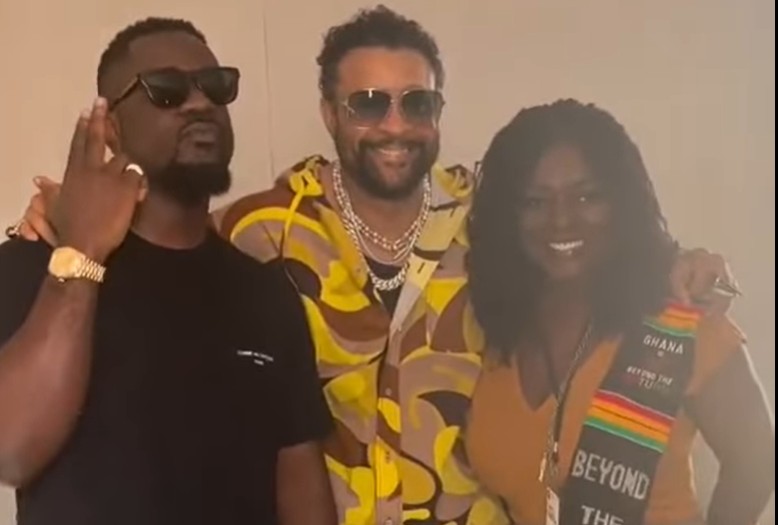 Rapper Sarkodie linked up with Jamaican-American reggae musician Shaggy when he was in Memphis, USA.

The two met at the Beale Music Street Festival, where they were expected to perform.

Sarkodie and Shaggy were introduced to each other by TV host Dentaa.

The rapper informed a flattered Shaggy he had performed the day before and was at the venue to watch him perform and meet him.

He credited Dentaa for the opportunity to meet the celebrated musician, explaining that she usually serves as a link between Ghanaian acts and other foreign celebrities.

They later took some pictures.

Before meeting Shayy, Sarkodie was recorded dancing while Stonebowy performed at the Beale Street Music Festival held in Memphis.