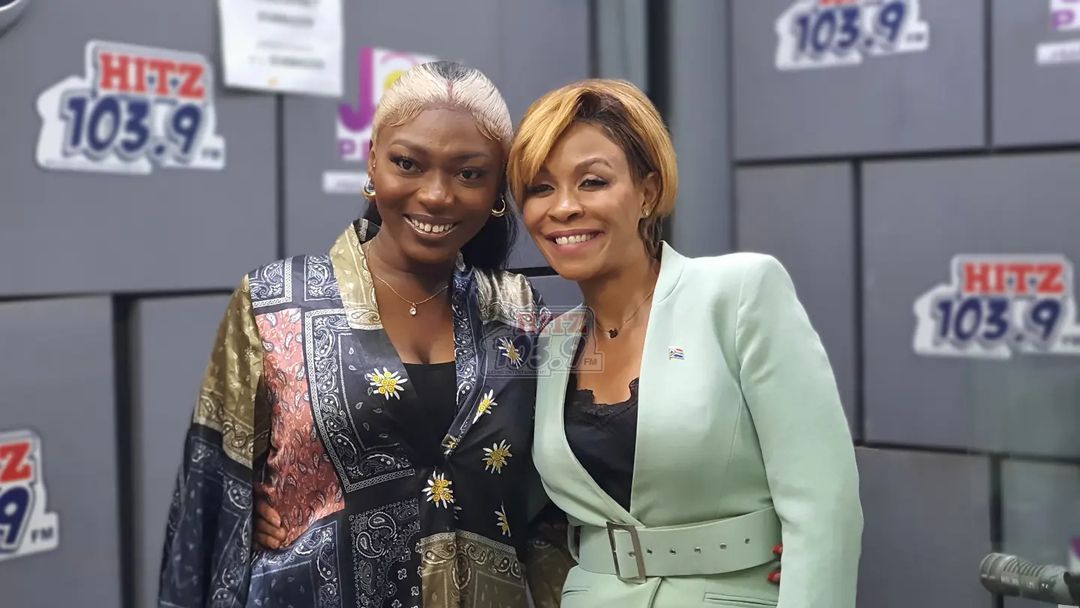 The singer’s plaque was presented by Grace Jeanet Mason.

During SƐFA’s award acceptance, the singer failed to collect her plaque before moving toward the microphone to deliver her speech.

The incident garnered a lot of bashing on social media against the Black Avenue Muzik’s signee.

Moments after the incident, SƐFA realised how demeaning the act was.

Unfortunately, SƐFA couldn’t approach the High Commissioner with an apology because she had left the auditorium.

On Wednesday, the Daybreak Hitz on Hitz FM team booked Grace Jeanet Mason for an interview regarding the incident and other matters.

The team reached out to SƐFA’s camp to admonish her to leverage the opportunity to apologize formally to the diplomat.

The singer nodded to the team’s call and agreed to appear on the show—an appearance which later turn out as a surprise to the S. A. High Commissioner to Ghana.

During the show, she pleaded with H.E Grace Jeanet Mason, and the public, saying the act wasn’t “intentional” and “expected”.

“Being Ghanaian and African, I think it’s best for me to even apologise first-hand before saying anything,” said the singer.

“I want to say I am very sorry for everything, Your Excellency. I was so overwhelmed with joy,” she added.

Seated next to her in the studio was the S.A High Commissioner, who interrupted SƐFA’s apology speech, saying “I did not notice anything my darling [SƐFA] I was just excited to be there, to present, to celebrate artists, and young women,” she said.

“It was a beautiful evening. Congratulations, once again,” she told SƐFA.