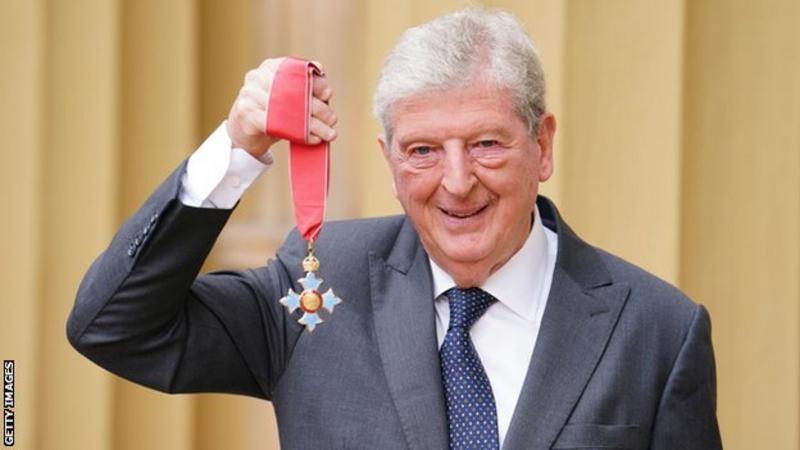 Former England manager Roy Hodgson was made a CBE (Commander of the Order of the British Empire) by the Duke of Cambridge during an investiture ceremony at Buckingham Palace on Wednesday
Credit: Getty Images

Watford boss Roy Hodgson has said he will not be at the club next season and does not expect to take another managerial job in the Premier League.

On Wednesday, the 74-year-old former England manager was at Buckingham Palace as he was honoured with a CBE for his services to football.

Watford play at Crystal Palace on Saturday and will be relegated to the Championship if they fail to win.

Hodgson’s managerial career has spanned more than 45 years and the list of teams he has managed includes Inter Milan, Blackburn, Fulham, Liverpool, West Brom and Palace, as well as the national sides of Switzerland, United Arab Emirates and Finland.

He left Palace at the end of last season, before being tempted back to the game when Watford sacked Claudio Ranieri in January.

“Obviously, it’s a short-term [deal],” added Hodgson. “Certainly, I made it clear it would need to be a short-term one between now and the end of the season. I took that job on and came out of retirement to do that particular job.

“Now that job has unfortunately ended. I don’t think I shall be putting my name forward anymore for further sorties in the world of Premier League football.

“I think I’ve earned the right to step back and enjoy some free time and spend some time with my wife and son.”