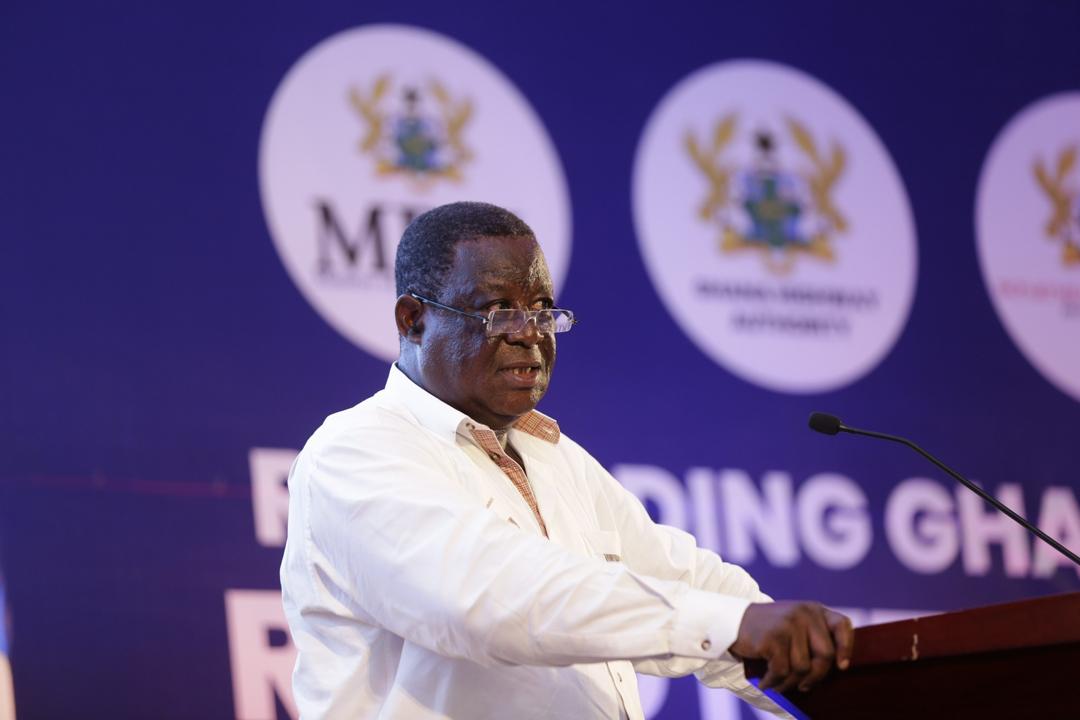 The Roads and Highways Minister, Kwasi Amoako-Attah is seeking the support of road contractors across the country for the passage of the controversial Electronic Transaction Levy (E-levy) Bill.

According to him, the passage of the Bill will allow the government to generate revenue to settle the outstanding debts owed road contractors within the shortest possible time.

Speaking at a meeting with the leadership of the Road Contactors Association, the Minister urged the road contractors to support the introduction of the levy to enable the government improve roads in the country.

“If e-levy comes, we get our fair share into the road sector. Within a very short time, all outstanding contractors’ debt will be paid and you can work more for this country. We expect you to speak, you are going to be the direct beneficiaries of this levy and every serious government will not joke with contractors,” he said.

He added that, “we are bringing a levy that will help to build a fund to support infrastructure generally, especially road infrastructure.”

As the Roads and Highways Minister, Mr. Amoako-Attah has been advocating the passage of the Bill strongly. On February 3, 2022, he called on Ghanaians and Members of Parliament in the Northern Region to support the passage of the Electronic Transaction Levy (E-levy) Bill.

“So the people of this county and the people of Tamale, All MPs in Tamale you must support the passage of the E-levy Bill for more to be done for them and their constituencies,” he appealed.

The levy, he revealed, is being introduced to “widen the tax net and rope in the informal sector”. This followed a previous announcement that the government intends to halt the collection of road tolls.

The proposed levy, which was expected to come into effect in January, 2022, is a charge of 1.75% on the value of electronic transactions. It covers mobile money payments, bank transfers, merchant payments, and inward remittances. There is an exemption for transactions up to GH¢100 per day.

Explaining the government’s decision, the Finance Minister revealed that the total digital transactions for 2020 were estimated to be over GH¢500 billion (about $81 billion) compared to GH¢78 billion ($12.5 billion) in 2016. Thus, the need to widen the tax net to include the informal sector.

Although the government has argued that it is an innovative way to generate revenue, scores of citizens and stakeholders expressed varied sentiments on its appropriateness with many standing firmly against it.

Even though others have argued in support of the levy, a section of the populace believes that the 1.75% e-levy is an insensitive tax policy that will deepen the already prevailing hardship in the country.