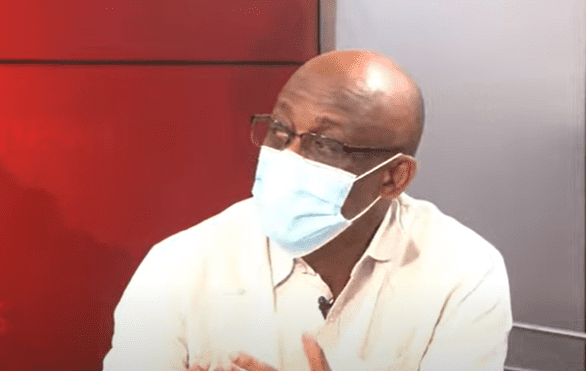 Former Finance Minister, Seth Terkper has said government has reduced its rate of borrowing at the external market due to challenges it may face in receiving loans.

According to Mr Terpker, the trust that Ghana will be able to pay back loans it goes for is being lost as a result of the country’s inability to cater for previous loans.

This he said, led Bloomberg to warn government that it is moving deeper into distressed territory as investors judge that re-financing debt in the Eurobond market won’t be an option when the Federal Reserve hikes rates and budget targets remain elusive.

Speaking on JoyNews’ Newsfile on Saturday, Mr Terkper explained: “You are borrowing. Is your market able to give you the money you need? Your market is small. If you look at the budget, the financing system, you will see that the rate at which we are borrowing, government itself has lowered it. So the government is anticipating that it will have difficulty going to the external market.

Bloomberg is warning us that apart from the difficulty you have now, we all know that we are using all our tax revenue to basically pay compensation, the interest on previous loans. What this means is that the loan we borrowed previously, we are borrowing to refinance.”

He added: “Because our situation was deteriorating, that is how the markets interpret it, they think that you have difficulty in paying.”

For him, this solidifies why “government did not go to the market for the extra 2billon last year. We were supposed to borrow 5 billion.”

Mr Terkper cited the Zero-coupon bond Ghana took to explain further. According to him, although the move was described as “innovative,” the “cost was expensive.”

“For 500 million of which we were to receive, we received only 350 million upfront. Which means we gave away 150 million,” he said.

A zero-coupon bond, also known as an accrual bond, is a debt security that does not pay interest but instead trades at a deep discount, rendering a profit at maturity, when the bond is redeemed for its full face value.

His comment comes after International ratings agency, Fitch, downgraded Ghana’s Long-Term Foreign-Currency Issuer Default Rating (IDR) to ‘B-‘ from ‘B’ with a negative outlook.

Fitch in a report said “this comes in the context of uncertainty about the government’s ability to stabilise debt and against a backdrop of tightening global financing conditions. In our view, Ghana’s ability to deliver on planned fiscal consolidation efforts could be hindered by the heavier reliance on domestic debt issuance with higher interest costs, in the context of an already exceptionally high-interest expenditure to revenue ratio.”

The practical mechanics of a zero-coupon bond

Assuming Ghana issues a $500 million zero-coupon bond at a discounted rate of 20% ($100 million) Ghana will receive $400 million in cash today but pay back $500 million when the bond matures in 4 years.

In the interim, however, Ghana will not pay any interest over the 4 years. This means government can use the money it would have used to pay interest over the next 4 years for something else. In the case of Ghana for this bond, government has indicated the intention of using the proceeds to refinance more expensive domestic debt attracting 19% interest.

So Ghana is borrowing at no interest and using the proceeds to pay existing debt with higher/expensive interest rates.