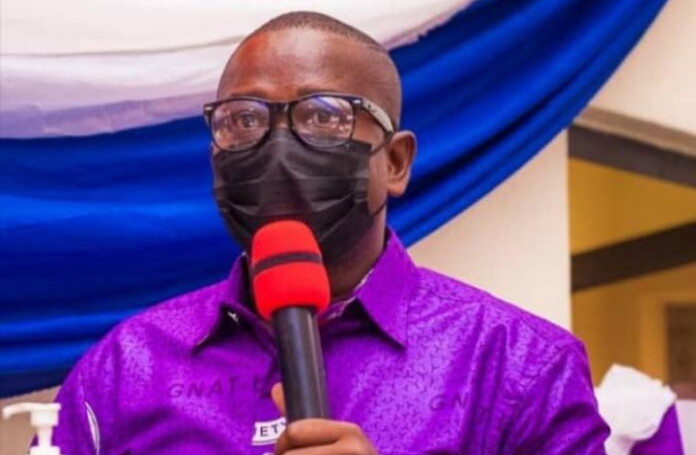 The National President of Ghana National Association of Teachers (GNAT) says the semester system government had intended on implementing in basic schools would have affected students and teachers psychologically.

According to Rev Dr Isaac Owusu, the longevity of the semesters (20 weeks) would have been unbearable for teachers and students.

“If you look at the longevity of how the children, especially the kindergarten and primary are going to be in school for, psychologically, the effect it will have on them. It will be unbreathable for us as teachers and as a nation,” Dr Owusu said on Newsfile on Saturday.

He stated that the semester system, implemented briefly during 2020/2022 in JHS, has never been part of the basic schools’ structure, hence his outfit was thankful the Ministry of Education reverted back to the trimester system.

Dr Owusu told the host Samson Lardy Anyenini that “one thing we were taught at the Colleges of Education was that we should never adopt lecture method in teaching at the basic level, especially at the lower primary and KG.”

“All our teaching methods are demonstration and activity-based, so the teacher is supposed to demonstrate for the children to follow. What it means is that you the teacher you guide the students,” he said.

This comes after the Ministry of Education has reversed its decision to introduce a semester-based system for basic schools in the country.

The decision follows protests by various stakeholders who claimed that they were not consulted before the policy was announced.

However, the announcement gathered much opposition. Some teacher unions, including the Ghana National Association of Teachers (GNAT), vowed to kick against its implementation should the government refuse to withdraw it immediately for broader consultations.

Also, the Minority in Parliament who backed the calls for the withdrawal of the policy, said the semester calendar “lacks professional touch.” They, therefore, called for a more “academically friendly and healthy one.”

The government later reverted its decision.

Meanwhile, Dr Owusu says that GNAT does not expect the semester system to be reintroduced in other academic calendars.

“Though covid has not been rid of completely, at least if it is compared to 2021, today is far better than last year. So we were of the view that we should rather ask the JHS to come back to the normal system,” he added.

However, the Chairman of the Ghana Education Service (GES) Council, Michael Nsowah, believes that the semester system would have made it possible for teachers to pursue higher education to upgrade their knowledge and skills.

Also speaking on Newsfile, on Saturday, Mr. Nsowah said, “the debate on this semester or trimester was such that we needed to consult a lot of people. So many things were taken into consideration and in this particular case, after meetings, we realised that we need to give the teaching fraternity the opportunity to upgrade their qualifications.”