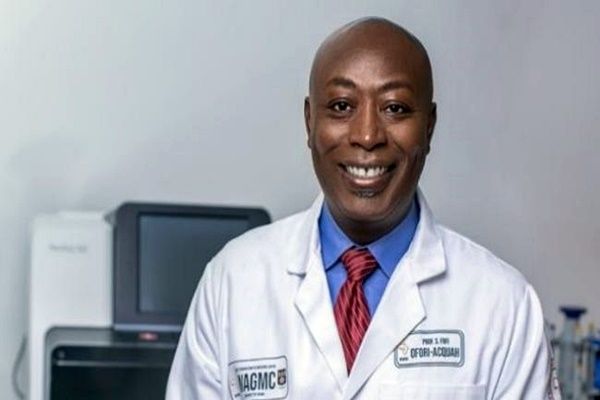 The Director of the West African Genetic Medicine Centre (WAGMC) and Dean of the School of Biomedical and Allied Health Sciences (SBAHS) at the College of Health Sciences, Professor Fiifi Ofori-Acquah, has been awarded a $3 million grant by the National Institutes of Health (NIH), USA, to sequence the whole genome DNA of children with sickle cell disease (SCD) in Ghana.

The grant application was submitted through the University of Pittsburgh where he holds a joint appointment as Associate Professor of Medicine and Human Genetics.

The DNA sequencing studies will be performed on samples of participants enrolled in the Sickle Cell Disease Genomics of Africa (SickleGenAfrica) Network, an existing $5.4 million NIH project that his team has been working on from 2018.

In addition to the DNA sequencing, the new grant will fund other studies including genotyping of two polymorphic DNA repeat sequences in the promoter of the heme oxygenase-1 gene in a project entitled, “Therapeutics Targets of Acute Chest Syndrome”.

The work in Ghana will be performed in collaboration with a team of SickleGenAfrica investigators including Dr. Yvonne Dei-Adomakoh, Director of the Ghana Institute of Clinical Genetics, and Head of the Department of Haematology, Prof. Edeghonghon Olayemi and Dr. Amma Benneh-Akwasi Kuma both of the Department of Haematology, Dr. Cathy Segbefia, Department of Child Health, Dr. Vivian Paintsil, Komfo Anokye Teaching Hospital and Dr. Ryan Minster, University of Pittsburgh, who will perform the bioinformatics analyses.

Professor Ofori-Acquah who holds a PhD in Molecular Genetics from the University of London is a globally renowned researcher in SCD and the Lead Investigator of the SickleGenAfrica Network.

He explained that the new NIH grant will pay for sequencing of the first 500 cases of a target of 1,000 Ghanaian children with severe genetic disorders including SCD and childhood cancers as part of a bigger initiative called the Ghanaian Genome (GhGenome) Project to be launched later this year by WAGMC with Osagyefo Amoatia Ofori Panin, Okyenhene as the patron.

The goal of GhGenome is to build genetics health capacity in Ghana to ultimately provide access to all aspects of genetic medicine in the country.

WAGMC launched the first-of-a-kind MSc Genetic Counselling programme in Sub-Saharan Africa in the current academic year as part of the genome project.

Other planned activities of GhGenome include a nationwide Public Lecture Series on the Ghanaian Genome to be given by Prof. Ofori-Acquah and free genetic health screening for sickle cell conditions, breast and prostate cancers and developmental delays in collaboration with several academic partners and traditional leaders across the country.