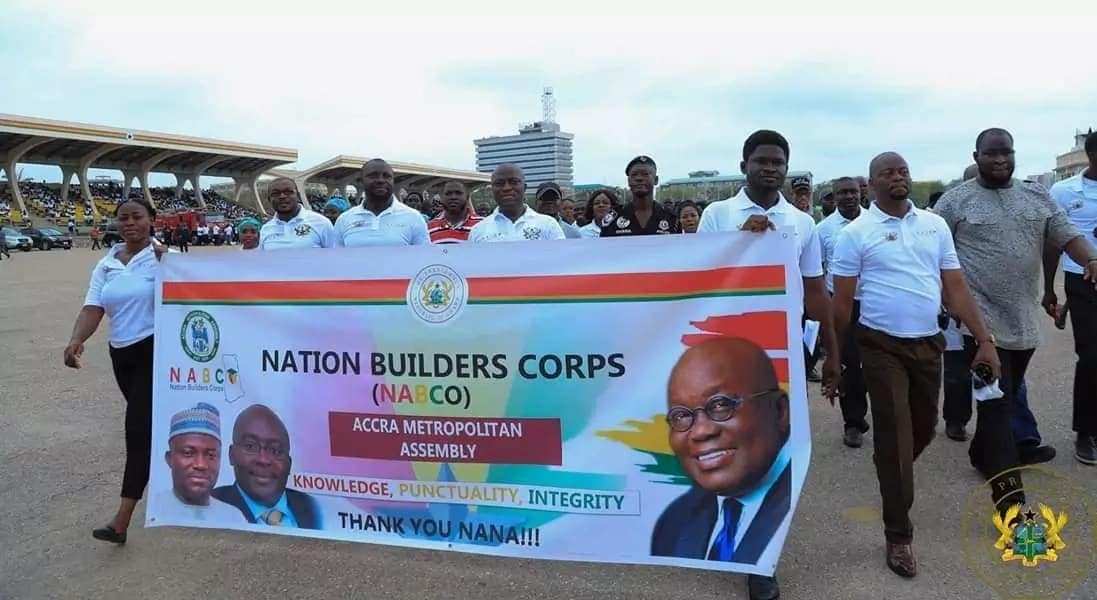 The Greater Accra Regional Police Command has advised beneficiaries of the Nation Builders Corps (NABCo), to postpone their upcoming demonstration.

In a statement issued on Monday, February, 14, the Deputy Regional Commissioner of Police, E. A. Sakyi, disclosed that the Police is unable to offer security to the protestors, hence the need for them to postpone their scheduled activity.

According to him, the inability of the Police to provide the needed security is due to the “operational exigencies of this Command”. He therefore urged the personnel to set their demonstration for February 17.

In an earlier notification to the Police, the NABCo beneficiaries expressed their desire to protest the failure of government in paying their allowances for the past six months.

According to some of the beneficiaries, the situation has made life very unbearable for them. Some aggrieved personnel also reiterated that, the delay in payments has compelled them to rely on credits from some friends and family members, very much to their displeasure.

They therefore want government to promptly address their concerns in order to end their sufferings.

But the Police has urged the NABCo personnel to choose another date, so the Police will be able to offer the needed security protection. The Police said the protestors are only allowed to submit their petition at the Independence Square and vacate the premises immediately after that.

“In view of the above, you are further advised to abide by the following: You are to converge at Obra Spot and start your intended demonstration at 9:30 am in order to avoid rush hour traffic.

All Criminal laws still upholds during the demonstration. Avoid all behaviors that contravene the laws such as open smoking of ‘weed’, indecent exposure in public, harassing of ladies, destruction of property.

Observe all COVID-19 protocols. Sensitize your members to be law abiding during the demonstration”, the Police cautioned.