The Ghana Police Service has announced that they will close some public roads in the Kumasi due to the 63rd Independence celebration.

This year’s parade will be held at the Baba Yara Stadium on March 6, 2020.

The police in a communique announced that major roads like Afful Nkwanta Traffic Light to the Stadium, Asokwa Mall Traffic Light to the Stadium, Unity Oil Station to T.I Ahmadiya SHS, the road from ‘It’s My Kitchen Restaurant’ to Briginia will all be closed to the general motoring public with the exception of those with accreditation to enter the Heroes Park and the Hockey Pitch.

They also added that the roads will be re-opened after the event.

READ ALSO: Potrog, the “Caged Bird” and the National Situation

Preparations are advanced ahead of the 63rd Independence Day Parade which will be held in the Ashanti Regional capital, Kumasi.

This is the second time such an event is being held outside Accra after Tamale hosted the event in 2019.

The event which is on the theme: “Consolidating our gains” will be attended by dignitaries including Prime Minister of Trinidad and Tobago, Keith Rowley, who is the Special Guest.

President Akufo-Addo and the Asantehene Otumfuo Osei Tutu II and other distinguished guests will also be in attendance.

Below is the press release 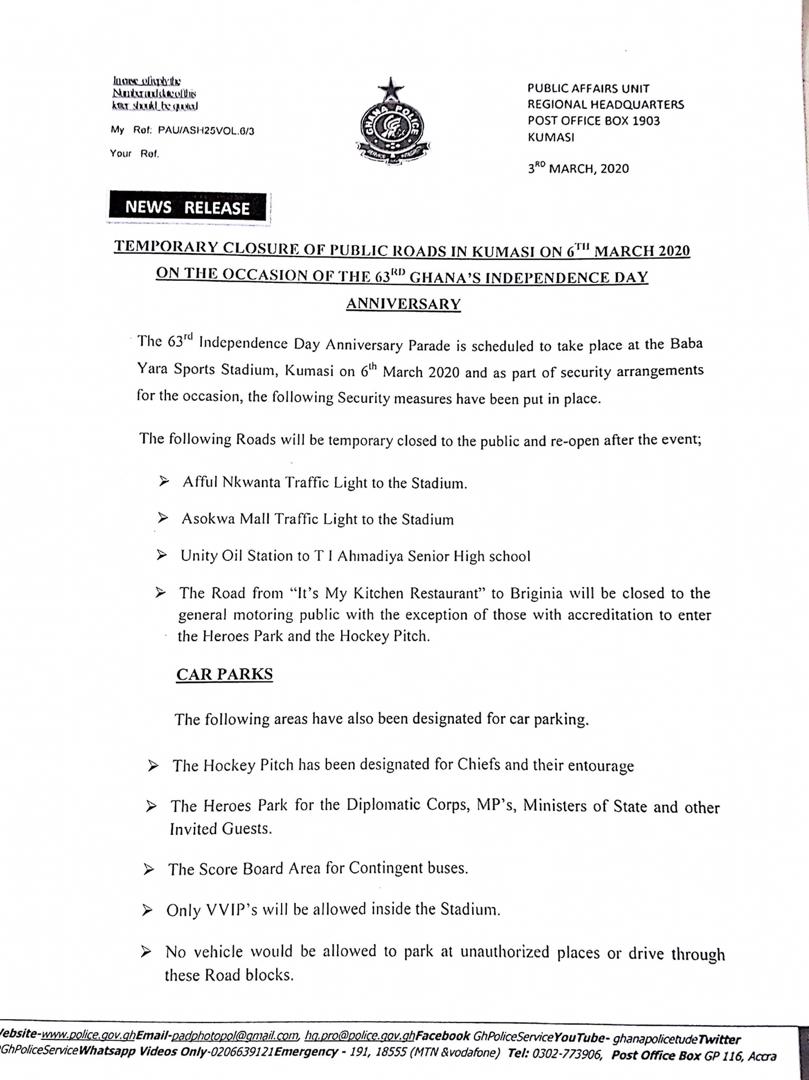 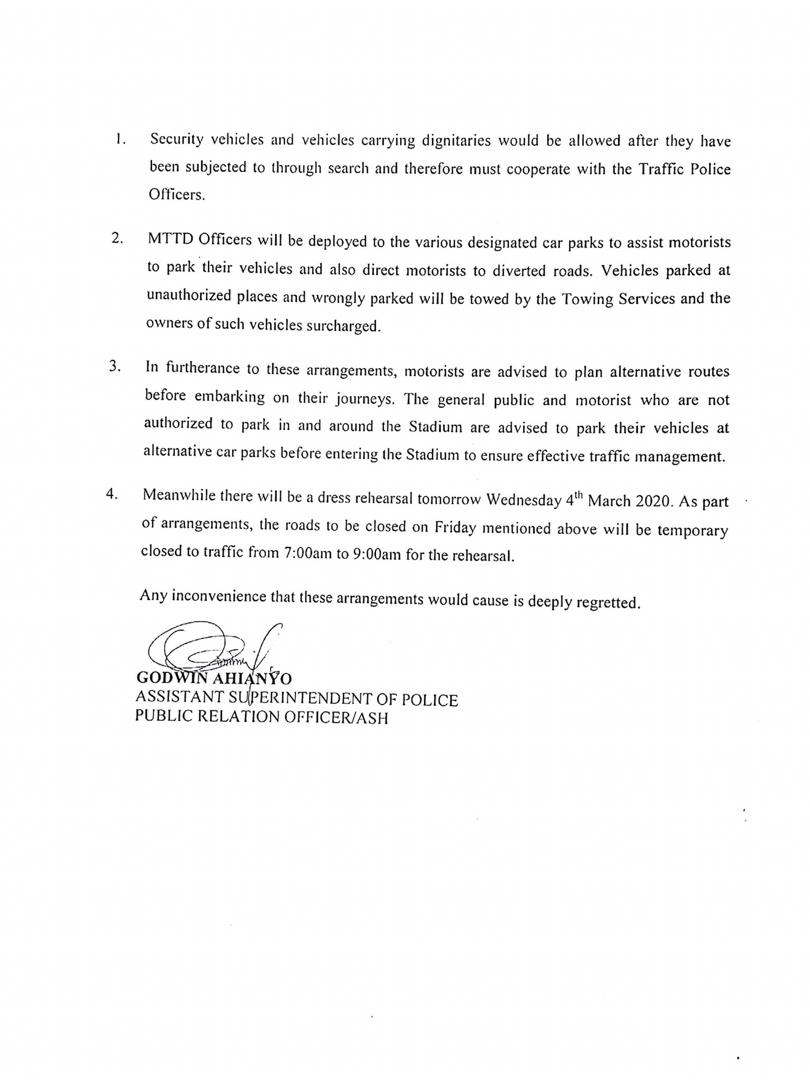 You Cannot Fast Your Way Into Prosperity – Bishop Oyedepo 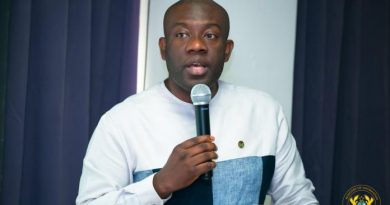