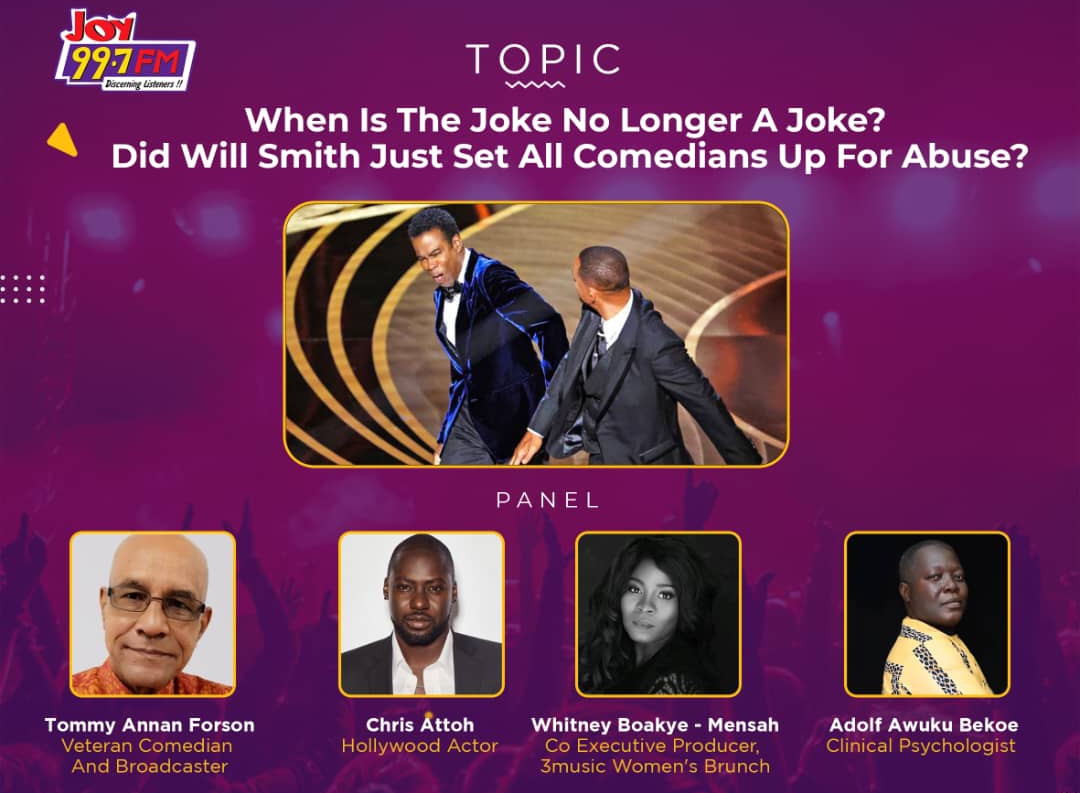 Today, JoyFM’s Showbiz A-Z takes a look at the treatment of comedians worldwide.

What has necessitated this discussion is the treatment meted to American stand-up comedian, Chris Rock, at this year’s Oscars by actor, Will Smith.

Will Smith smacked Chris Rock in the face after he made a joke about his wife, Jada Pinkett Smith. Rock had touched on Pinkett Smith’s shaved head; a result of the hair-loss condition, alopecia.

Will has apologized to Chris for his action and has also resigned from the Oscars Academy.