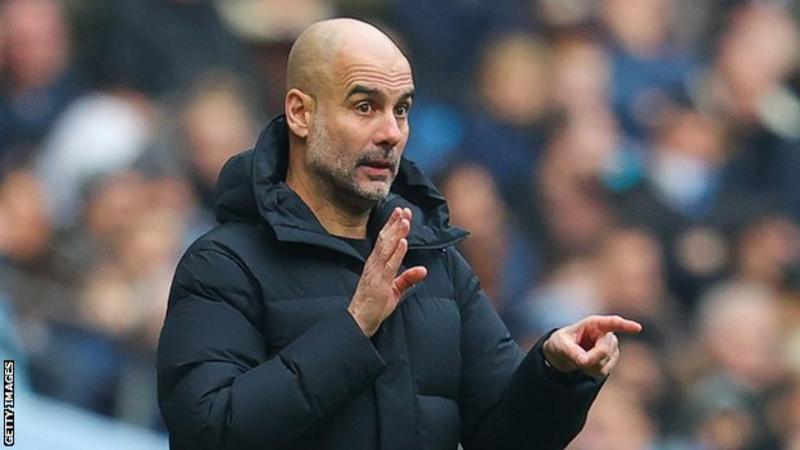 Manchester City boss Pep Guardiola says his side cannot afford a single slip-up if they want to beat “one of the best teams in football history” to the Premier League title.

City reclaimed top spot from Liverpool with a 3-0 win over Brighton and are a point ahead with six games left.

“We are not stupid,” Guardiola told BBC Sport. “If we draw, drop just two points, Liverpool will be champions.

“If we win all our games we will be champions. The players know it.”

He added: “We know the tough games we have and we must try to perform like today and win them all. If we do that we will celebrate, if not we will congratulate Liverpool.”

City and Liverpool have gone toe-to-toe all season, with both league games between the two finishing 2-2 and last weekend’s FA Cup semi-final ending 3-2 to the Reds.

The teams are also in the last four of the Champions League and are favourites to meet in the final.

But before the first legs of their European semi-finals next week – when City face Real Madrid and Liverpool take on Villarreal – Guardiola’s side host Watford in the league on Saturday before Jurgen Klopp’s men play Everton the day after.