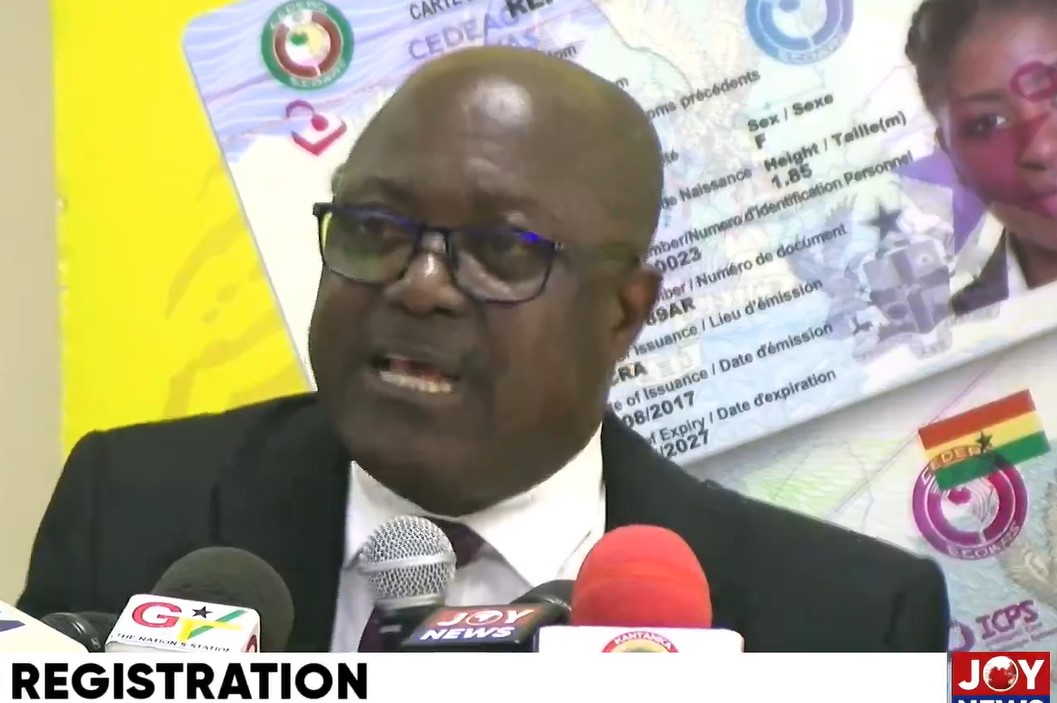 The Executive Secretary of the National Identification Authority (NIA) has asserted that some Ghanaians are demanding payments from his officials before they collect their printed Ghana Cards.

According to Prof. Kenneth Agyemang Attafuah, this attitude, among others, is impeding their work, thus need to stop.

Prof. Attafuah said such impediments notwithstanding, over 15 million cards have been issued so far and called on those registered to go for their cards.

He made these statements at a press briefing in Accra on Friday, September 16, 2022.

We were in Koforidua about three months ago. We were on field monitoring. I got someone whose card was there, I asked him to go collect the card and he said there is no need for it now when the need arises he will go for it. In my home town, Akim Oda, somebody actually told me that I should give her money before she will go and collect her card,” Prof. Attafuah stated.

He added that people have different attitudes and dispositions towards these things, “but people whose cards are in our custody can go for them whenever they are ready.”

Speaking on the controversial Aisha Haung issue, the NIA boss said that name does not exist in their data but the robust nature of their system exposed Aisha Haung as having registered as En Haung.

Meanwhile, Prof. Attafuah has revealed that among the over two hundred countries whose nationals are in Ghana, with a total registration of 161,076, Chinese nationals are leading with over 34,000 of them registered.