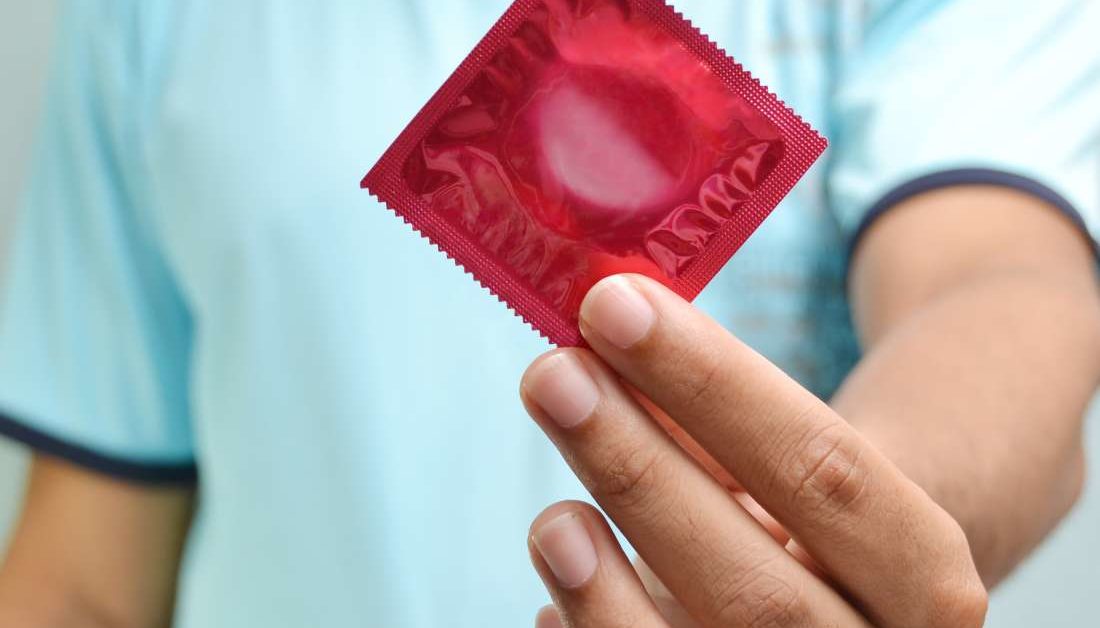 During foreplay, one of the most confusing moments is when the girl says, “No baby, I don’t like condoms”.

At that point, you become confused, and may even snap out of your previously sensual mood.

Suddenly, you start thinking about sexually transmitted infections and the possibility of having an unwanted child. A lot of men can attest to this dilemma, and at the Style Hotel, Winston had a similar experience.

Two hours earlier, his head was facing the ceiling, biting his lips, as Rhoda’s tongue worked magic beneath his abdomen. The pleasure was remarkably intense, and he kept rubbing Rhoda’s hair, as he wriggled like a fish.

Intermittently, Rhoda would raise her head and observe Winston’s reactions. But she couldn’t even say anything because her mouth was full of saliva, and her lips were glossed with the same. When Winston saw her face, all he said was “continue Rhoda…I like this”. But when Rhoda insisted she doesn’t want a condom, things changed.

Lying on his back, he stood up from the bed and faced Rhoda, who had been kneeling across his thighs. “Why don’t you want a condom? I mean it’s just not safe”.

“…Did you just say ‘safe?!’ Winston, are you trying to say I’m infected or something?”. Fuming with anger, Rhoda got off from Winston and headed for the door. She had taken offence at the fact that Winston wanted to use a condom for safety reasons. What had been a moment of passion, became a brawl between the two lovers.

But all this while, Winston’s third leg was agitated. And so to make his old soldier happy, he finally apologized to Rhoda and retracted his comment. Rhoda didn’t easily welcome the apology. Yet after much persuasion, she got off her anger and sat on the bed again. Her boobs were hanging, and her nipples stood erect.

Winston then fixed his lips on them, leading to the second round of sensual exchanges. He turned off the bed lamp and the room became dark. The only illumination was Rhoda’s glowing beads. They made some noise, but not enough to overpower her moans. Obviously, Winston was doing a yeoman’s job.

Three weeks later, Winston became unusually dull at work. He was an accountant, with a shipping firm. His earnings were fat, and his intellect made him an asset to the company. But in the past 3 weeks, the asset had started looking like a liability.

He reported to work late and slept for the greater part of the time. He computed figures wrongly and couldn’t even stay on Zoom meetings. “What is wrong with you, the MD asked?”. Unable to respond with a convincing answer, Mr Annor urged Winston to take a leave.

“Baby, we’re doomed”, a text from Rhoda read. “I just tested positive for HIV”, she added. Screaming in tears, Winston broke down on his knees, slapping the floor in his East Legon apartment. At that point, he guessed that he had contacted the virus, especially because of how he had been feeling lately.

The next days were gloomy for the bright accountant. He didn’t return his calls, neither did he reply to messages. Life was about to end. Feeling beaten and battered, he still managed to go to the hospital to confirm his fears. But hurray! He tested negative.

Dr Brown said he was only suffering from stress and needed some therapeutic treatment. The glee on his face was inexplicable! He was very elated and drove home in high spirits. Opening the door to his apartment, here was Rhoda, lying on the sofa with a mischievous look on her face.

“Baby, you lied to …”. Before he could end, Rhoda zeroed in on him and halted his statement with a deep kiss. Again, the two ate their lips for the next fifteen seconds. Releasing themselves from each other’s grip, Rhoda said she only played a prank with her earlier text. “Come on baby, you really shouldn’t have done that”, Winston warned, but softly.

He lifted Rhoda and off they climbed upstairs. But what if Rhoda truly had it? Winston would have been a dead man. He would have really regretted not wearing the condom the first time when his instincts told him to do so. But don’t be like him. You may not be lucky. In this season where passion is thick in the air, always stay protected. Your life matters. Happy Valentine’s.

The author of this fiction is a writer, a journalist with The Multimedia Group, by name, Paa Kwesi Schandorf. He is also a corporate MC