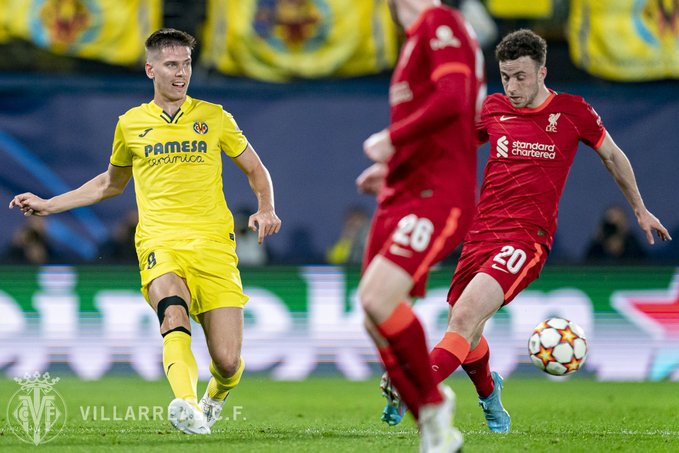 For 45 minutes on Tuesday Liverpool’s hopes of reaching the Champions League final looked in serious jeopardy.

Jurgen Klopp revealed after the game that he asked Peter Krawietz at half-time to show a clip of something his players did well during the first half so they could replicate that in the second period – but the assistant manager could not find one.

They trailed 2-0 to goals from Boulaye Dia and Francis Coquelin and had not had a shot on target themselves.

“The problem at half-time was that we knew what was wrong because it was obvious but we didn’t have a situation to show where we did it right,” Klopp said.

“I said to Krawietz ‘find one where we do well and we can show it’. He came in and said ‘nah, don’t have it’.

“So it was a big half-time but it was about how the boys reacted. We were calm and we are still here.

“We did not play football at all. I told the boys ‘they have momentum but they don’t own it, we can get it back’. When we broke the lines and found spaces and were more flexible and not fixed on positions, all of a sudden we were in the game. We scored goals and made it happen.

“After three minutes [of the first half] our minds were not right. We were in a rush and felt the pressure. You have to force your own football through and in the second half we did that.”

The Reds had only had three touches in Villarreal’s box and completed 36.2% of their passes in the final third of the first half, just a week after a performance so dominant at Anfield that Villarreal’s approach was described as “pathetic” by one radio pundit.

On Klopp’s half-time team talk, Reds defender Virgil van Dijk told BT Sport: “He told us to play football, the Liverpool way, how we have all season.

“They play a high line so with the speed we have we needed to mix it up. Also we needed to show how much we wanted to go to the final. In the second half we dominated.”

Right-back Trent Alexander-Arnold added: “We regrouped at half-time and got the game by the scruff of the neck. We did what we needed to do.

“We never played football in that first half and didn’t pick up any second balls. They played the game they wanted to and we allowed them to do that. In the second half we controlled the game better.”