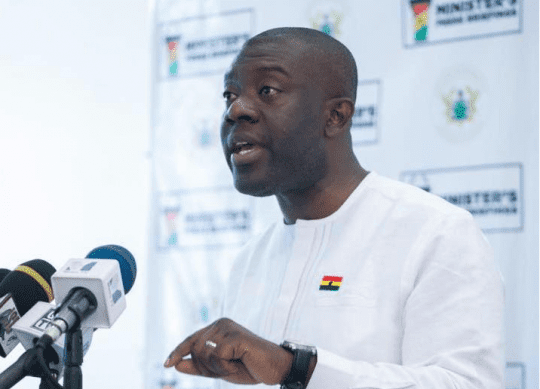 Mr Kojo Oppong Nkrumah, the Minister of Information, has asked individuals and organisations to be patient with public officers when requesting information under the Right to Information (RTI) law.

He said that was important because the officers could only give out information available to them at a particular time.

This follows complaints by some individuals and organisations that some state institutions were reluctant in giving out information when requested even under the RTI, three years after the passage of the law and two years into its implementation.

Speaking in an interview with the Ghana News Agency after a meeting with the members of the new Board of the Agency, in Accra, the Information Minister said it was wrong for people to assume that they were being denied information they had requested when told by public officials that such information was “not within their custody.”

He said, sometimes, public officers were genuinely not privileged to some information and thereby, their inability to provide them.

Mr Nkrumah said so far, more than 100 RTI officers had been trained and deployed to various public institutions in line with the implementation of the RTI Law.

“Public offices are doing their best to deliver. We have trained over 100 RTI officers and deployed them, and they are doing a very good job in responding and making available the information which they have,” he stressed.

The law enables citizens, including the media, to hold duty bearers accountable to ensure that there is a high level of transparency in the governance of the country.

It is to also facilitate easy access to information by the media.

The Minister urged individuals and organisations who made such requests under the law to write to the appropriate authorities for action.

He encouraged persons and groups who were not satisfied with responses to their requests to appeal to the heads of the institutions, and the RTI Commission for redress.

“So don’t leave it there, take it up to the next level,” he urged.