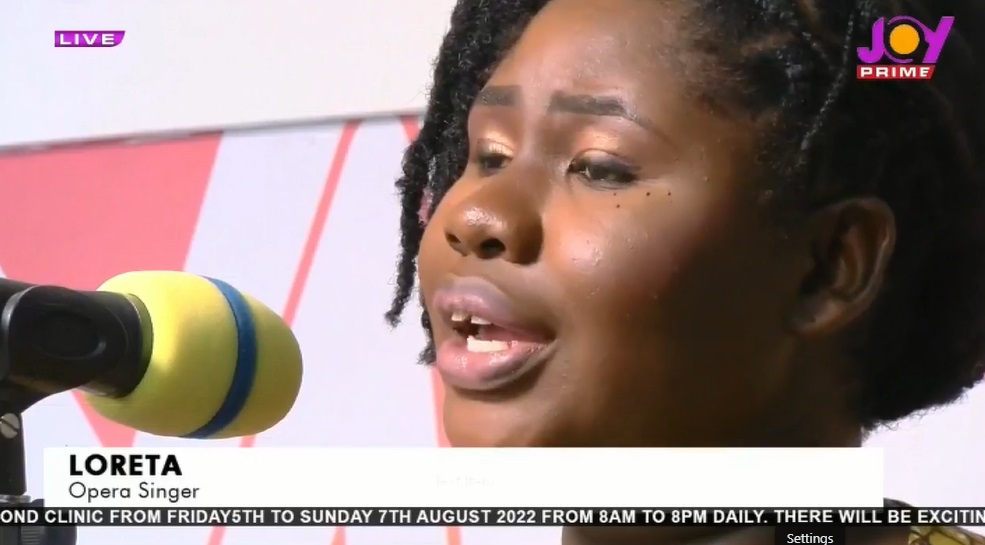 Opera Singer, Loretta Larbi known in showbiz as Loretta has revealed that her music career began nine years ago.

The Singer revealed this in an interview with Roselyn Felli on Prime Morning, Friday.

According to Loretta, she has been singing for nearly a decade but started singing opera two years ago.

“For Opera, I just started two years ago. I’m under training, and I’ve been singing for more than nine years,” she said.

She added that, “I came across a lady and I was told that I had the potential to be like her. So I was curious. I decided to look up to her. She was one of America’s greatest Opera sopranos, and I was curious and fortunately for me I found people who believed in my talent and decided to invest in it, putting me under training. Just to bring that up.”

Meanwhile, the singer has assured that she will never exit the church choir even if she becomes a bigger Opera singer as the choir has helped in grooming her music career. “The choir is my first love,” she said.