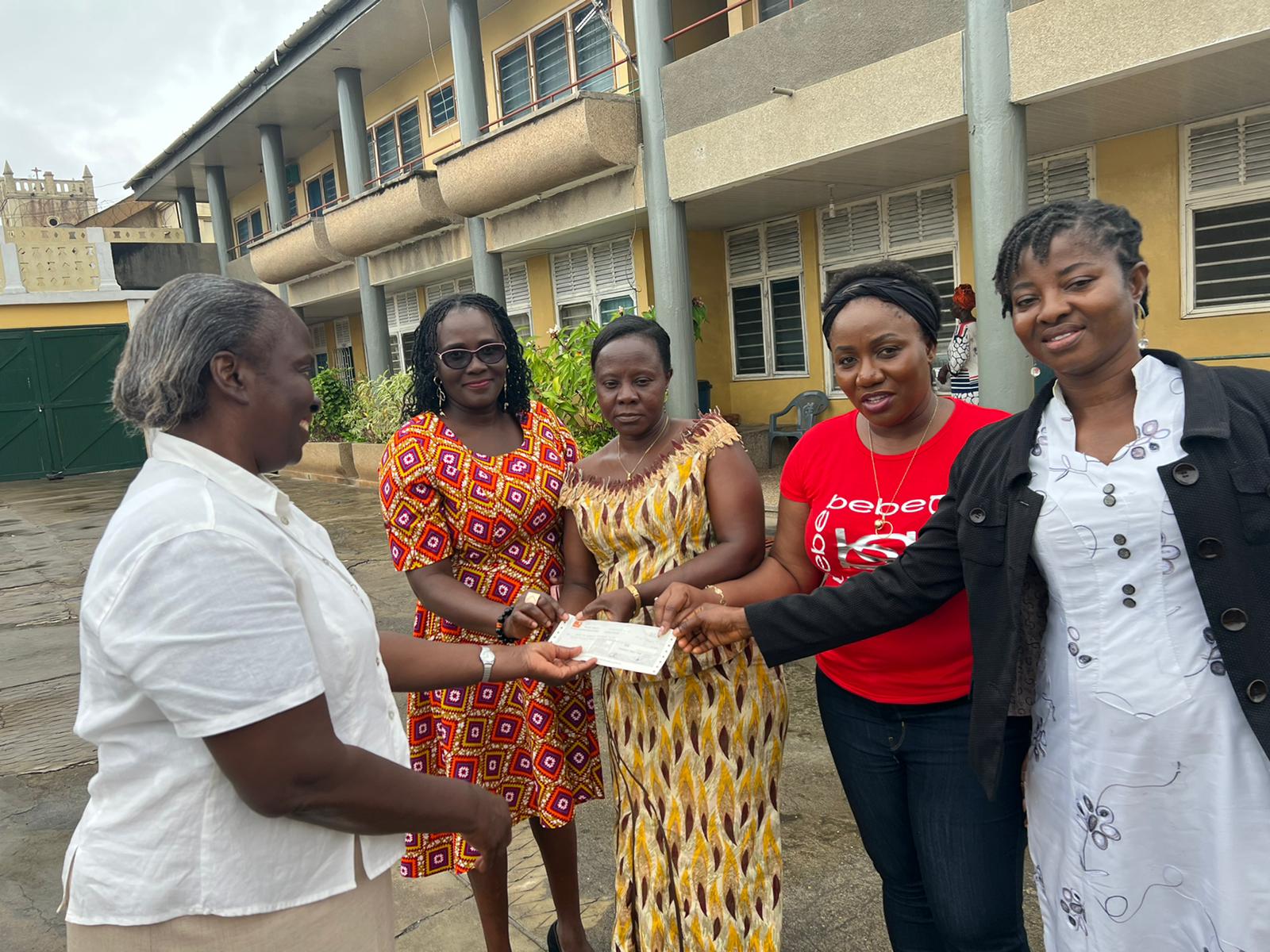 Having benefited from the benevolence, selflessness and kindness of others, the need to look back, support and give back has always been the driving force for the formation of the Alumni.

On this strength, led by Dr Bernardette Naa Hoffman (an old girl) of Our Lady of Apostles (OLA) Primary and Junior High School, a token amount of GH¢20,000  was last Saturday presented to the Queen of Apostles Boarding School.

Other members of the delegation were Dr. Nancy Nyan, Madam Georgina Amissah and Madam Monica Eku all from the OLA boarding school Elmina Alumni.

As well as the old students association, this gesture was made possible by a plethora of generous donors.

Presenting the cheque, Dr Hoffman observed that “most schools in communities like ours have become what they are today because they received support from well-meaning citizens and so we are by this gesture appreciating what we received by way of training from this great institution some years ago.”

Sr. Theresa Pearl Quansah, the Vice Provincial Superior in charge of the school, accepted the donation in gratitude, and extended her sincerest appreciation to all who had supported the cause so far.

Like the little Oliver, the school continues to seek the support of all Alumni, Corporate bodies and all well-meaning individuals to enable them complete the repair works already started.

The first few rains this year saw several properties destroyed in Ghana, and Queen of Apostles Boarding School, Elmina was not spared.

The school was in complete ruins, putting the nuns in charge under a lot of pressure to raise funds to carry out repair works before school resumed. Madam Ruby Ofori-Arthur and Dr Bernardette Hoffman  together with the Alumni, appreciating the importance of giving back to society quickly started a fund raising exercise to relieve the burden on the school.

OLA Boarding School (originally St Anne`s Girls School), has been in existence since 1884, and recently, in 2006, became Queen of Apostles Boarding.  As the first girls’ boarding school in the country, it has churned out many responsible women both in Ghana and abroad. While the school has always been a fee paying one,  it has always been moderate in its charges, levies and the like because of what it stands for as a missionary school departing from the old practice of relying hugely on support from the catholic church.