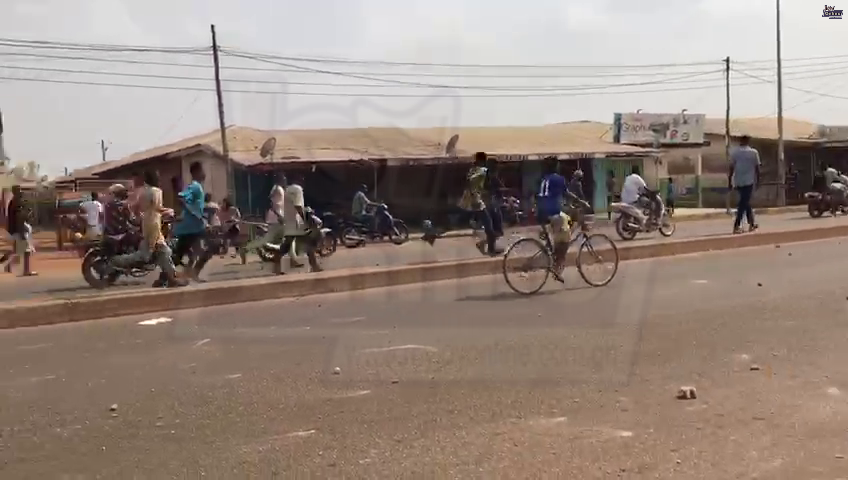 The youth disperse after the security personnel fired several shots in Lamashegu of the Tamale Metropolis on Sunday, February 13, 2022.

The Northern Regional Security Council has resolved to set up an investigative team which includes the Chief of Lameshegu to probe the cause of the recent violence in the area.

A recent clash between the Police and youth in the area left one dead and others injured.

In an interview with JoyNews on Monday, February 14, the Regional Minister, Shani Alhassan Shaibu, noted that forming the Committee will help in instituting disciplinary measures to avoid similar incidents from happening.

“There has been a request from the Chief to be part of the investigations team that will be formed to ascertain the causes of all these things. Law and order must be made to work in the Metropolis. There’s so much indiscipline and we think that some measures must be taken to forestall further occurrences,” he said.

“There is one alleged deceased person. We have asked that the pathologist does a post-mortem on the 14-year-old young boy to ascertain the cause of death. We also have four injured that we will be paying a visit to tomorrow [today] in the morning.”

The incident is reported to have started when a young man who was being pursued by the Police dashed into the Lamashe-Naa’s Palace to avoid being apprehended by security personnel.

The youth pelted stones at the Police, who fired gunshots to disperse the crowd. This is the third consecutive time the area is witnessing such violence.

The Regional Minister has asked the Police to re-examine how its personnel are trained.

Meanwhile, the Minority Leader who doubles as Member of Parliament for the area, Haruna Iddrisu, wants government to foot the cost of medical treatment of persons affected by the incident.

The Tamale South lawmaker bemoaned what he has described as the recurrent acts of attack on his constituents “through the use of live ammunition by the Police to quell disturbances that result in loss of lives.”

“I have done my widow’s mite in my representational capacity as Member of Parliament for the area, but in the meantime, the state would have to accept responsibility for the urgent medical treatment and attention of those affected,” Mr Iddrisu said in a statement on Monday.