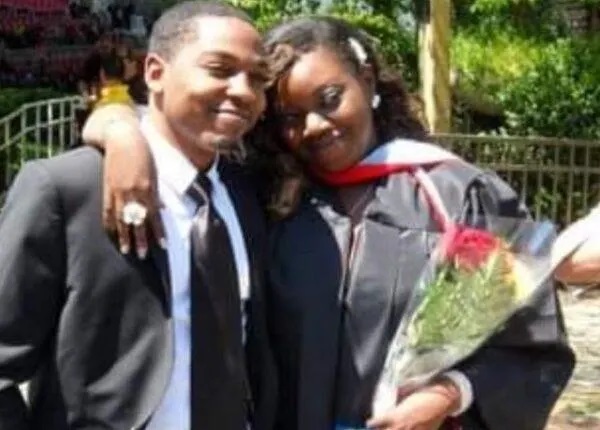 The lawsuit claims that the prison placed Faison, a man detained last March on suspicion of shoplifting, simple assault, and arson, with a prisoner despite being aware of the assailant’s history of violence.

Faison, who reportedly suffered from mental illness, was arrested on charges of petty theft and a pushing bout with a store clerk, with the arson charge resulting from him allegedly setting his pants on fire while in police custody.

He was later taken to the Curran-Fromhold Correctional Facility in northeast Philadelphia. Faison was deemed ineligible for early release because the arrest meant he’d violated probation for a previous theft conviction.

Three days after he was admitted into the jail, according to the family’s lawyer, Faison was placed in a cell with Kevin Massey, an inmate whose previous cellmate was removed because he attempted to rape him.

The lawsuit alleges that after Faison was placed in the cell, Massey sexually assaulted him for hours. Faison allegedly cried for help but to no avail. Other inmates in neighboring cells also called out for someone to save the man, the family’s claim says.

Reportedly, Massey activated the sprinkler system in the block and flooded his cell at some point during the attack.

Faison was pronounced dead at Nazareth Hospital on March 27, 2021, not long after his body was discovered by a correctional officer. The lawsuit also states Faison had a number of injuries including scrapes and bruises to his nose, clavicle, shoulder, back, arms, legs, and neck, and extensive internal hemorrhaging.

Faison’s father, Allrich Jean, 63, announced the lawsuit with his attorneys. Jean is unique in speaking on the protocol for the prison because he used to work with New York state prison guards.

“Armani has died a horrible death in the prison system of Philadelphia,” Jean said. “He was tortured by an inmate and no one was there to protect him or help him from the inmate. Basically, what happened to Armani, I don’t want to happen to any other person, any other family.”

Jean further stated that no one from the corrections department has contacted his family with details about how Faison was raped and murdered. Nor, according to the father, did the jail administration offer their condolences.

He also said that his son’s death is in the city’s hands.

“I do know that when someone is in jail, basically, the prison is responsible for their safety, their health, and their movement,” said Jean. “The prison system in Philadelphia failed him in all ways.”

Jean’s lawyer John Coyle said that the family will be suing for $20 million.

The family also wants Mayor Jim Kenney, the chief executive for the city, to replace the corrections commissioner for failing to staff the city’s prison, a practice that has called five deaths on his watch over the last year.

“This is a complete failure of leadership,” he said. “We ask for Mayor Kenney to do what’s been long overdue, and call for the resignation of Commissioner Carney.”

The lawsuit states that there was no correctional officer on duty in the unit. The person scheduled to monitor the inmates “abandoned” his post to work in the kitchen and did not secure a substitute. This guard, the guard who assigned him to the kitchen, as well as the guard that placed Faison in Massey’s cell are also named in the lawsuit.

`The Mayor’s Office responded, siding firmly with the jail official.

Kevin Lessard, a spokesperson from Kenney’s office said, “The mayor supports the tireless efforts of Commissioner Carney and her team to keep [prison] employees and incarcerated persons safe.” Philly’s mayor will not be asking the commissioner to step down.

“This is every family’s worst nightmare, every person jailed’s worst nightmare, to receive a call that your family member has been killed and so viciously brutalized,” Allen W. Rogers, one of the lawyers representing the family stated. “So, we’re not just seeking justice for this family. We are seeking reform so that no family has to endure what this family has.”

The lawsuit challenges the courts to consider how inappropriate it was for no one to be on duty, regardless of how understaffed the prison might be.

It read, “That such a horrific occurrence could continue for hours without intervention in the Philadelphia Department of Prisons is the shocking but predictable result of the city’s consistent practice of massively understaffing its jails.”

A city controller’s report, cited in the lawsuit talks about the dangers of the city’s understaffed prisons. It said that from 2019 to April 2021, correctional staffing in city prisons was cut by 440 officers. The city also hired 119 new officers during that time.

Corrections 1 reports that in June City Controller Rebecca Rhynhart held a news conference and told the public that Philadelphia jails needed at least 382 officers to match the staffing levels needed to operate the facilities safely. In two months, according to city data, that gap has dropped by over 100 officers.