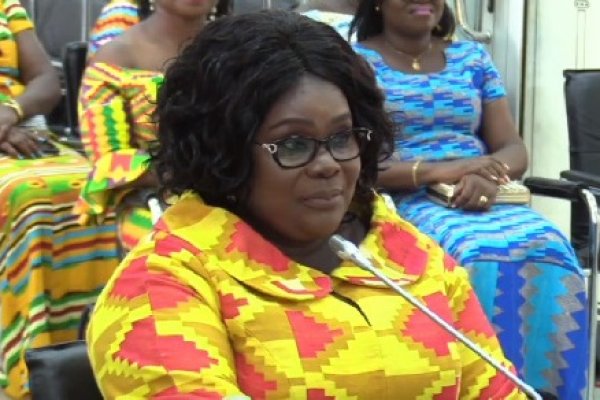 The recipients made up of   48 females and 72 males, obtained  aggregates six and 12 and were   placed in the category A, B and C SHS nationwide.

The Deputy Minister who is also the Member of Parliament for Gomoa Central, said the presentation of  items to BECE graduates started in 2017 when she was elected as MP and it formed part of her plans  to  reduce the burden  on parents in the constituency as she promoted higher education acquisition among her constituents.

According to the MP, education played a major role in the building of a reliable and competent society, hence her annual contributions to assist parents in the area.

She said the government, under President Akufo-Addo had sunk millions of Ghana Cedis into its pro-poor flagship programmes of free SHS and TVET to enable all Ghanaian children gain access to quality education.

The Deputy Minister said the government was poised to ensure that more BECE graduates got access to secondary education in the country.

She said some years past, secondary education became a great challenge to some Ghanaian children whose parents could not afford to pay their school fees.

The MP said it was her greatest expectation for BECE graduates in the constituency to attain higher education so that they could become legislators, lawyers, accountants and other higher professionals to support the national development agenda.

The MP urged the beneficiaries to study hard to chalk successes in education; and  avoid premarital sex and other vices to enable them complete their secondary education.

She stated that the introduction of the Free SHS policy by the government  was a clear manifestation of its preparedness to support more youth to pursue tertiary education.

The Deputy Minister pledged to continue to assist the needy but brilliant BECE graduates in the Gomoa Central constituency to help them become responsible adults in the future.

Some parents whose wards received the items expressed  gratitude to the MP for the kind gesture and also pledged to rally behind her in the future.