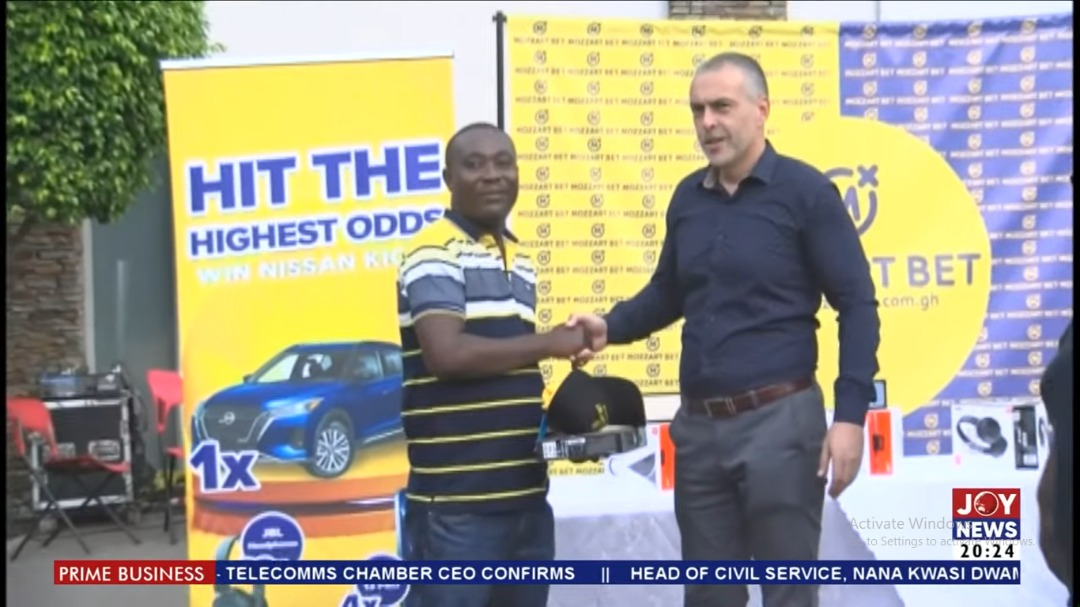 The company presented a brand new iPhone 13 and Headsets to its lucky winners in the first weekly prizes.

According to the Head of Publicity for Mozartbet Ghana, Sharon Okine, the award of the weekly prizes will foster the relationship between the company and its players.

She further urged all and sundry to join the promo in order to win the grand prize, a Nissan Kicks Car.

“We are here to present the prizes to our lucky winners for week one. The promotion is credible, so I want to entreat everybody who is 18 years and above to join the promotion. We have the ultimate prize at stake “She said

Milutin Stanojevic, the Serbian Ambassador to Ghana, urged players to take advantage of such possibilities in order to win the grand prize. He explained that this is a way for the corporation to repay its lucky winners.

“I think it’s a good initiative and I want people to take part. This promotion is genuine”, he said.

Some of the week’s winners were overjoyed and thought it was unusual for a betting organisation to operate such a campaign.

Mr. Appiah, who won a headset, expressed amazement after receiving the call, claiming that this is the first time he has received such an offer after wagering for years.

“In fact I was shocked when they called. At a point I thought they were lying until I came here,”he revealed.

John, who also won an iPhone, described the experience as “interesting.” He claimed he is hell-bent on winning the grand prize.

This is the first time any betting company in Ghana has given such an offer in its first eight months of operation. The first weekly winners received iPhones and headsets.