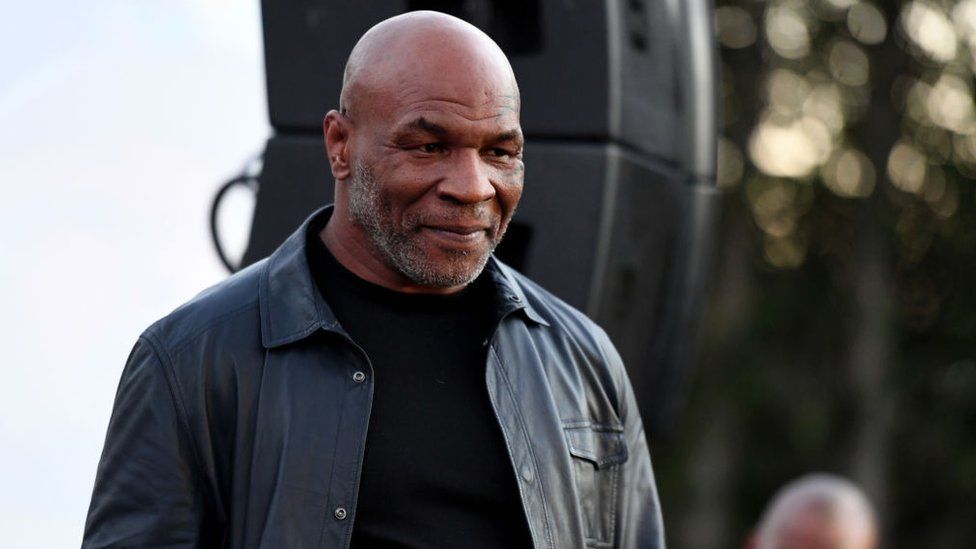 Former heavyweight boxer Mike Tyson punched a fellow airline passenger after the person “threw a water bottle at him,” Tyson’s spokesperson has said.

Video taken on the plane shows Tyson leaning over his seat as he lands repeated punches an unidentified man.

A spokesperson for the boxing Hall of Famer confirmed Tyson had an “incident with an aggressive passenger” who was “harassing him”.

One person was treated at San Francisco International Airport for non-life threatening injuries.

“That subject provided minimal details of the incident and refused to co-operate further with the police investigation,” a spokeswoman for the San Francisco Police Department said in a statement.

Both people were released “pending further investigation”. The department did not identify either of the individuals involved.

The attack occurred on board a JetBlue fight on Wednesday night, before it set off from San Francisco to Florida.

The video – published by TMZ – does not show the entirety of the altercation and a water bottle is not visible in the footage.

According to TMZ, Tyson had agreed to take a picture with the passenger at the beginning of the flight. But the man continued to harass Tyson, despite requests from Tyson to “chill”.

The video of Tyson striking his fellow passenger includes audio of another person calling “hey Mike, Mike”, seemingly trying to calm him while another person tries to push Tyson away.

It then shows the passenger’s forehead, which appears bloodied.

The San Francisco Police Department said it was “aware of video that possibly captured the incident”. The footage was sent to the San Mateo County Sheriff’s Office which has jurisdiction over the investigation.

Tyson is no stranger to violence inside and outside the ring.

In 1992, he was convicted of rape and served three years in prison. In 1997, he was disqualified from a fight after biting off part of his opponent’s ear.

And in 1998, Tyson pleaded no contest to a misdemeanour assault following a car accident in Maryland.

Since February 2021, more than 7,000 unruly passenger incidents have been reported in the US – though 70% of them involved masking rules, according to the Federal Aviation Administration.