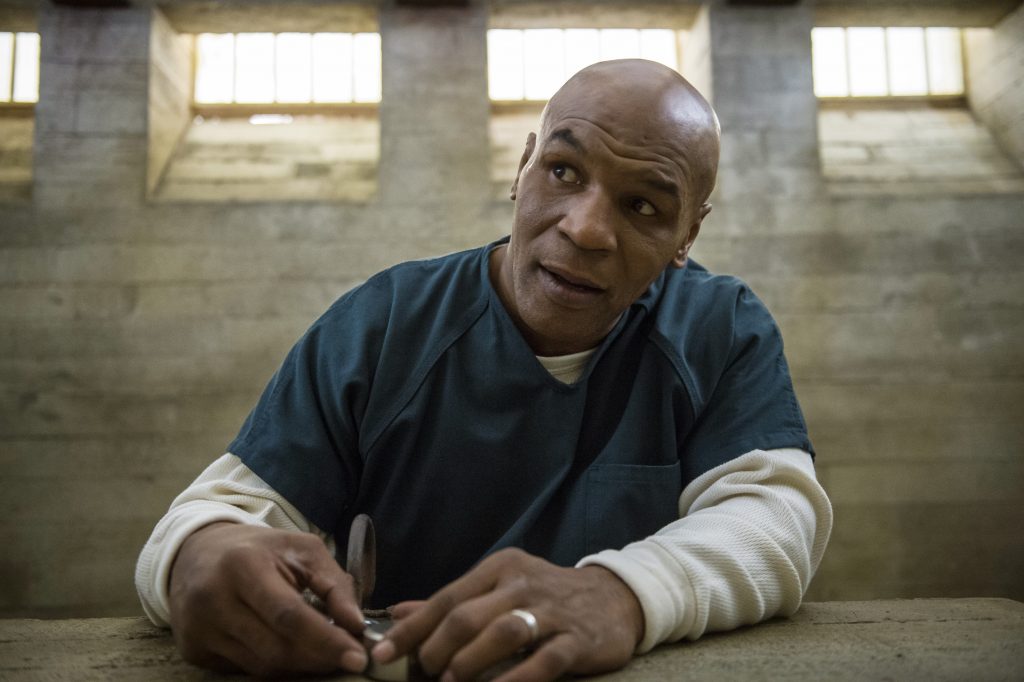 Former heavyweight champion Mike Tyson was caught on video as he appears to punch a passenger while waiting for a flight to depart from San Francisco International Airport on Wednesday, according to media reports.

Tyson, 55, appears to hit the man, seated behind him on the JetBlue flight, several times as someone calls out to him to stop, according to the video posted by TMZ. The video was recorded about 10:30 p.m. on the Florida-bound flight.

Prior to the altercation, the unidentified passenger can be seen on the video repeatedly gesturing to Tyson, asking him unintelligible questions. A witness told TMZ that Tyson was cordial to the passenger while boarding the flight and apparently told him later to settle down.

In another part of the video, Tyson is standing up in his seat, appearing to strike the person with his fists as he reaches over the seat. Someone calls out, “Hey, hey, Mike. Stop, man.”

TMZ reported that Tyson walked off the plane a few minutes afterward.

The last segment of the video shows the same passenger sitting in his seat with a bloody forehead.

The San Francisco Police Department said officers with its airport bureau were called to an airplane at the domestic terminal around 10 p.m.

“Officers arrived and detained two subjects that were believed to be involved in the incident,” San Francisco Police PIO Officer Kathryn Winters said in a statement. “One subject was treated at the scene for non-life-threatening injuries. That subject provided minimal details of the incident and refused to cooperate further with the police investigation.”

Both subjects were released pending further investigation. It’s unclear if Tyson was one of those detained.

“The SFPD is aware of video that possibly captured the incident, which surfaced following the initial investigation,” Winters said. “That video has been forwarded to the San Mateo County Sheriff’s Office.”

San Mateo County sheriff spokesperson Javier Acosta said they are not releasing any information about the incident because it is an active investigation.

JetBlue and Tyson’s management did not immediately respond to requests for comment.