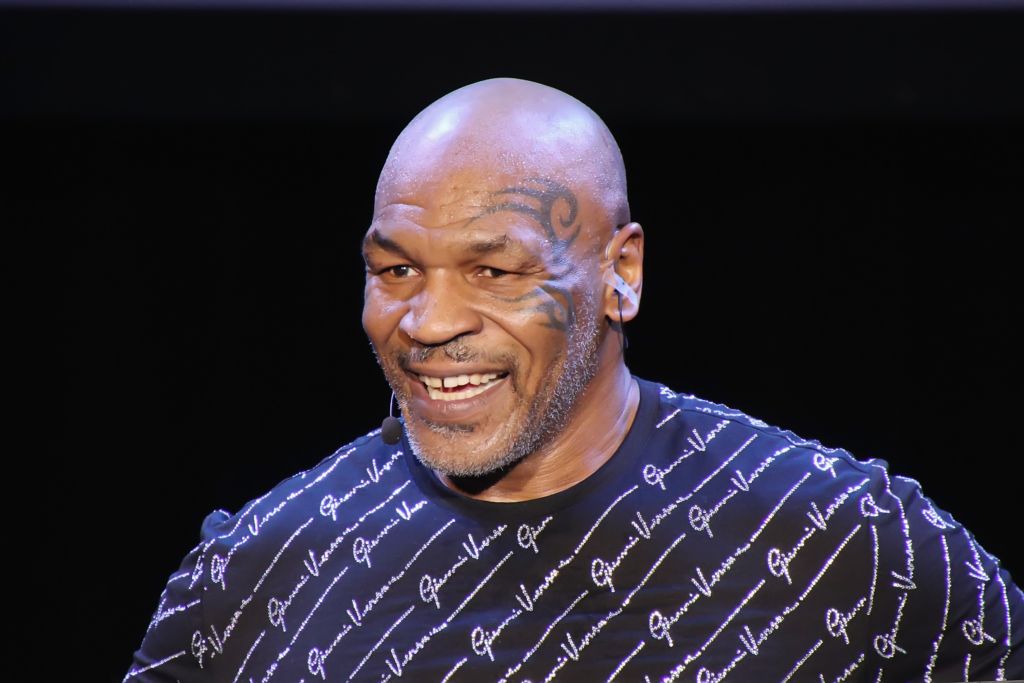 Mike Tyson looks like a happy camper on the heels of punching the crap out of an annoying passenger on an airplane … and he’s more than happy to take selfies with adoring fans.

Iron Mike rolled up to the Eden Roc Miami hotel Thursday evening – he’s in town for a cannabis conference, and he took time to greet folks outside the lobby. He was trying to get to Miami on Wednesday when he boarded that JetBlue flight in San Fran.

This is the first public sighting of MT since we first posted the video of him raining down blows on the man who was seated behind him on the plane.

Based on this new footage of Mike in Miami, it doesn’t look like he’s worried about any potential fallout from the airplane beatdown.

TMZ Sports broke the story … Mike started punching the guy who had been harassing Mike. The video definitely shows him jawing at Tyson nonstop, and sources close to Mike say the guy even threw a water bottle at the champ before the fists started flying.

The San Francisco Police Dept. tells us cops responded to the scene and detained 2 people they believed to be involved in the incident, treating one for non-life-threatening injuries, but say the person who was injured refused to cooperate with their investigation.

Seems like everyone’s weighing in on the video, including Dana White. The UFC honcho posted a funny video showing the proper way to engage Tyson on a plane.

Bottom line … Mike is not letting the incident ruin his trip to Miami, and as you can see, that’s good news for his fans.