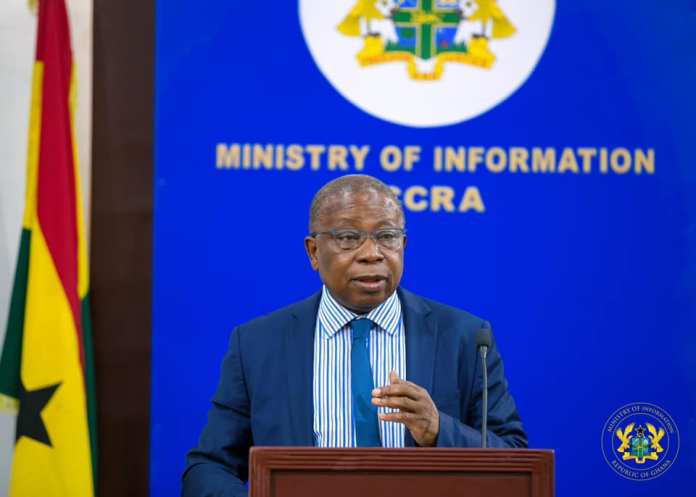 Dr Kwaku Agyemang Manu, the Minister of Health, says Ministries, Department and Agencies (MDAs) are not bound by the legal opinion from the Office of the Attorney General.

He said the MDAs were only to take advise from the AG on its opinions regarding legal matters but Dr Abdul Aziz Bamba, counsel for Dr Ato Forson suggested to the witness that the legal opinions were bounding on them.

Dr Manu, however, disagreed through a cross examination led by Dr Bamba.

Dr Forson, a Former Deputy Minister of Finance, was granted a self-recognisance bail of GHS3 million for allegedly willfully causing financial loss of 2,370,000 euros to the State.

He is also facing an additional charge of “Intentionally misapplying public property contrary to section 1 (2) of the Public Property Protection Act, 1977 (SMCD 140).”

Dr Anemana, a Former Chief Director at the Ministry of Health, was also granted, a bail of one million Ghana Cedis with three sureties one of whom shall be a public servant not below the rank of a director.

While Mr Dzakpa, a Businessman, was also granted bail of five million Ghana Cedis with three sureties one of whom must be justified with documents of landed property.

The Minister explained further that in this case the then Minister, Madam Sherry Ayitey responded to the AG that, she did not have funds to enable her to execute the project, so if Ministers were bound to comply with the AG’s opinion, then she would not have responded.

Asked, whether he had followed all the correspondence between the Ministry of Health and the AG regarding the opinion on the ambulance contract, the witness said he had just sighted a document in evidence.

He also said he was not aware the AG replied to the responds from the Ministry, which indicated that all Ministries, Departments, and statutory institutions were bound on the question of law.

Dr Bamba suggested to the witness that the letter dated June 9, 2014, from the AG to the then Minister of Health with the caption, ‘Re: agreement between big sea and the GoG’, the AG informed the Ministry that it was bound by the opinion of the AG on the questions of law, but the witness said it was an opinion from the AG.

The Counsel suggested to the witness that no advance payment was made to Big Sea, but the Minister disagreed.

“You admitted in your testimony that payment for the ambulances was done with a Letter of Credit.” Dr Bamba asked and the witness agreed to that.