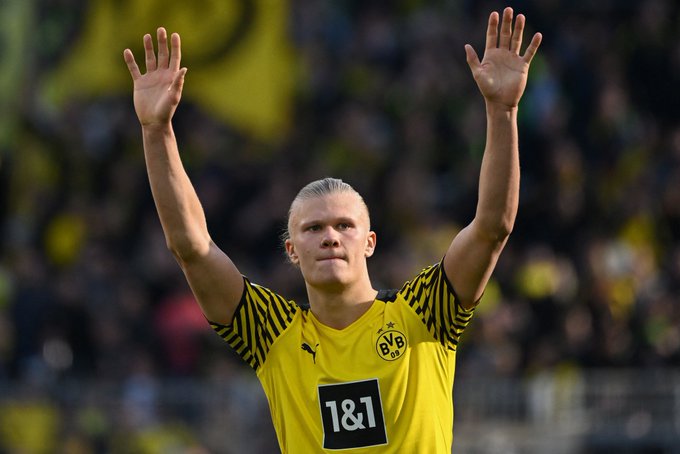 Haaland, 21, will move to City this summer after they activated a £63.2m release clause in his contract.

The deal ends the club’s hunt for a successor to their all-time top scorer Sergio Aguero, who joined Barcelona on a free transfer last summer.

“We can confirm that we have reached an agreement in principle for the transfer of striker Erling Haaland,” City said.

“The transfer remains subject to the club finalising terms with the player.”

Haaland has scored 85 goals in 88 appearances for Dortmund since joining from Red Bull Salzburg in January 2020.

La Liga giants Real Madrid and Barcelona also spoke to Haaland about a potential deal, but he opted for a move to Etihad Stadium.