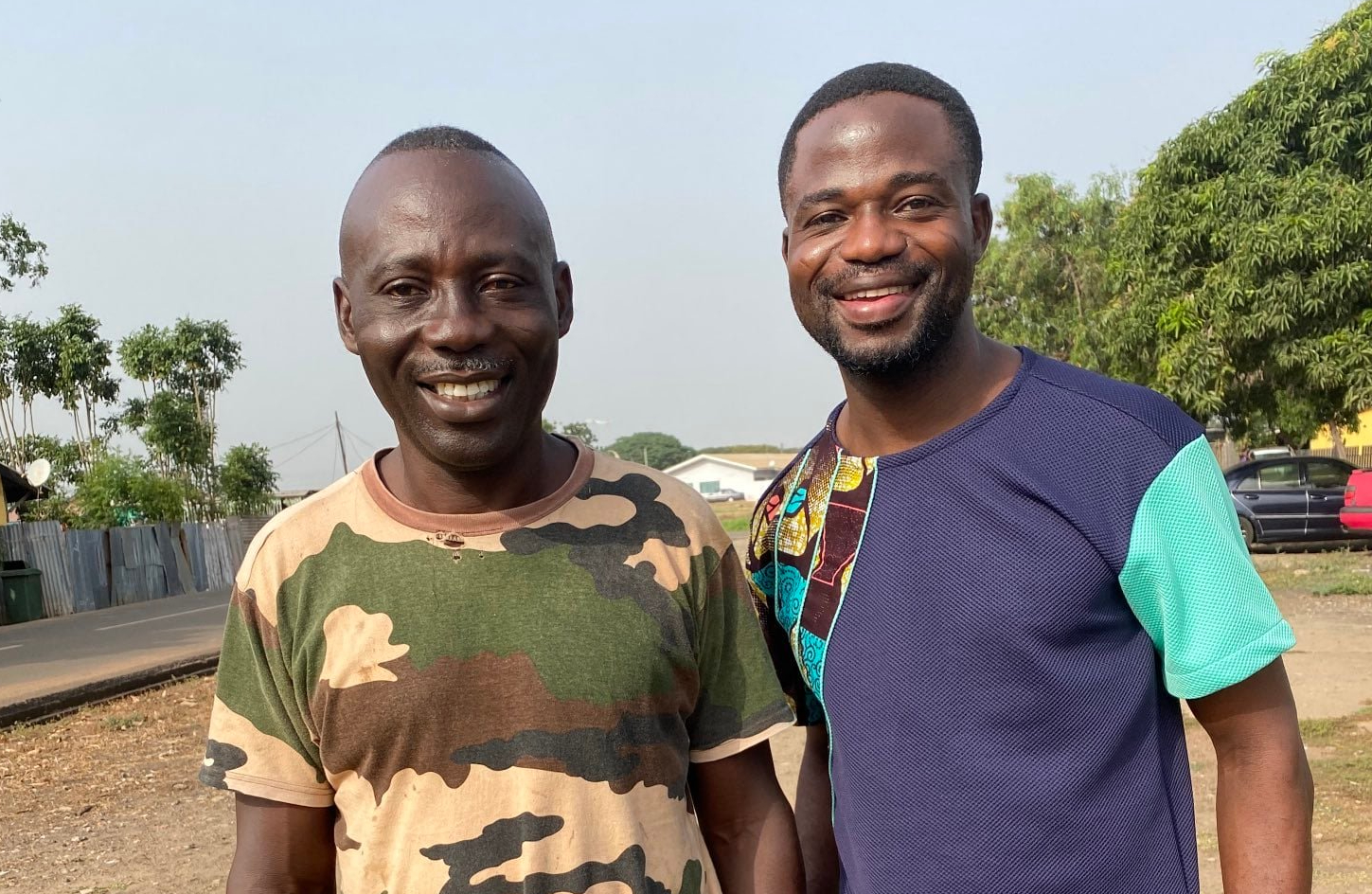 In the Konkomba-Nanumba war in the Northern Region, Ghana’s military intervened to restore peace. Some of the soldiers in the Operation Gongong mission encamped in Kete-Krachi, from where they conducted peace-keeping duties in the southern part of the Northern Region.

Some children from poor homes were frequent visitors to the military camp. They called them barracks boys. But there was another name that sounded like “Four Plato”. I never got the right name.

I was one of those boys. Our main mission was to wash dishes and run errands for the soldiers in return for a cherished reward—the leftover food. When the soldiers finished serving their meals, there were some remains of the food in their gigantic pots for us the barracks boys to share.

But that often wasn’t enough so we waited for the soldiers to eat their individual meals and call us for the leftover ones from their rectangular aluminium plates (They called it “mesh” or so).

We didn’t eat all the food we got from the soldiers. With polythene bags, we often collected the leftovers—yam, rice, kenkey, and beans—and sent them home to our siblings.

Anytime I returned from the barracks, it was joy at home.

It wasn’t something we did with pride. We felt ashamed to be seen by our friends going to eat leftover foods. Some did not hide their disdain for us. If you picked a quarrel with a friend, they were likely to add that to the range of insults they had for you.

But some friends such as Selorm Ntem, and Richard Worlanyo Ntem were not like that. They lived next to the barracks. Their father was the District Coordinating Director and, when the camp was dull, I went there to play with them. We’ve been family friends to date.

Most of the barracks boys were truants. And some of the soldiers often encouraged us to go to school.

“If you no go school well well, this recruit soldier sef one day you no go get join,” they often warned. How prophetic!

Thankfully, two things helped me. My end-of-term report almost always had “Excellent!” in the remarks section for all the subjects. I didn’t understand what “More room for improvement meant”, but I knew what it meant to be excellent and first in class.

The soldiers were impressed with my terminal report cards.

During one Independence Day march past in the dusty Henkel JSS Park, I received a first prize for the Milo-sponsored Best Pupils/Students Award Examination for the then Krachi District (now Krachi West, Krachi East and Krachi Nchumuru districts).

The soldiers were there at the ceremony. Back in the barracks, I became almost everyone’s favourite. But some of them went beyond giving me more left-over foods to taking a real interest in me.

Notable among them were Reuben Dzokoto, Kpedor Kwarshie Phanuel, Godwin Boso Kwashie and Odoi Mantey, the man in this photo. Apart from school uniforms and some Christmas clothing, the soldiers clothed me from Primary 4 until I was old enough to buy my own clothes.

Odoi Mantey became like a father to me. When I was about to go to secondary school, Godwin Boso Kwashie brought me to Accra, for the first time. Before I left, Odoi Mantey met me and bought shoes and other things for me.

There was a time he was on a Peace Keeping Mission in Lebanon and still bought me clothing during Christmas, including the most beautiful footwear I had seen in my lifetime.

Odoi Mantey also wrote letters to encourage me and sent postcards from peace-keeping missions. I cherished those moments and worshipped those correspondents. I read each letter more than 20 times.

Beyond the material support, there was something this friendship did for me. It was a psychological boost and a great motivation for me.

I grew up in hopeless conditions. When I gained admission to GIJ in 2006 and went to say goodbye to my JSS assistant headteacher, Mr. Agustine Gyane, he said something that stuck with me to date.

“Manasseh, I don’t need to advise you. You know the home you are coming from. If we are counting the poorest people in Kete-Krachi, your father will be one of them,” he told me.

There was more to the hopelessness than just poverty.

But, knowing that someone somewhere cared so much about me was enough motivation. I didn’t know what life held for me, but Odoi Mantey and the others kept telling me how bright the future looked. At a point, I felt they were exaggerating my abilities.

When I started working as a journalist, Odoi Mantey and my other soldier friends, particularly Reuben Dzokoto and Kpedor Kwashie Phanuel did not stop their fatherly advice.

I have come this far in life because of the benevolence of many. Something touched me on one of my visits to Odoi Mantey and his family in Burma Camp one day. I realised that the room they were staying in at the barracks while I was in the primary school was the same single room they were living in after I completed my second degree in the university.

It also dawned on me that he wasn’t doing what he did for me because he was a rich man. This was an ordinary soldier with enormous responsibilities, but his kindness drove him to help lift me up.

When I first met him in Kete-Krachi, Odoi Mantey was a Lance Corporal. At the last meeting in December in Burma Camp, he had retired as Warrant Officer Class One (WO1) and was leaving Burma Camp for good.

I don’t know what Odoi counts as his biggest accomplishment in life, but I count him as one of the most helpful people I have ever met. But for people like him, I may not have come this far in life.

He has taught me two major things.

God bless you, WO1 Odoi Mantey, and your family. What you have done for me cannot be quantified and repaid.