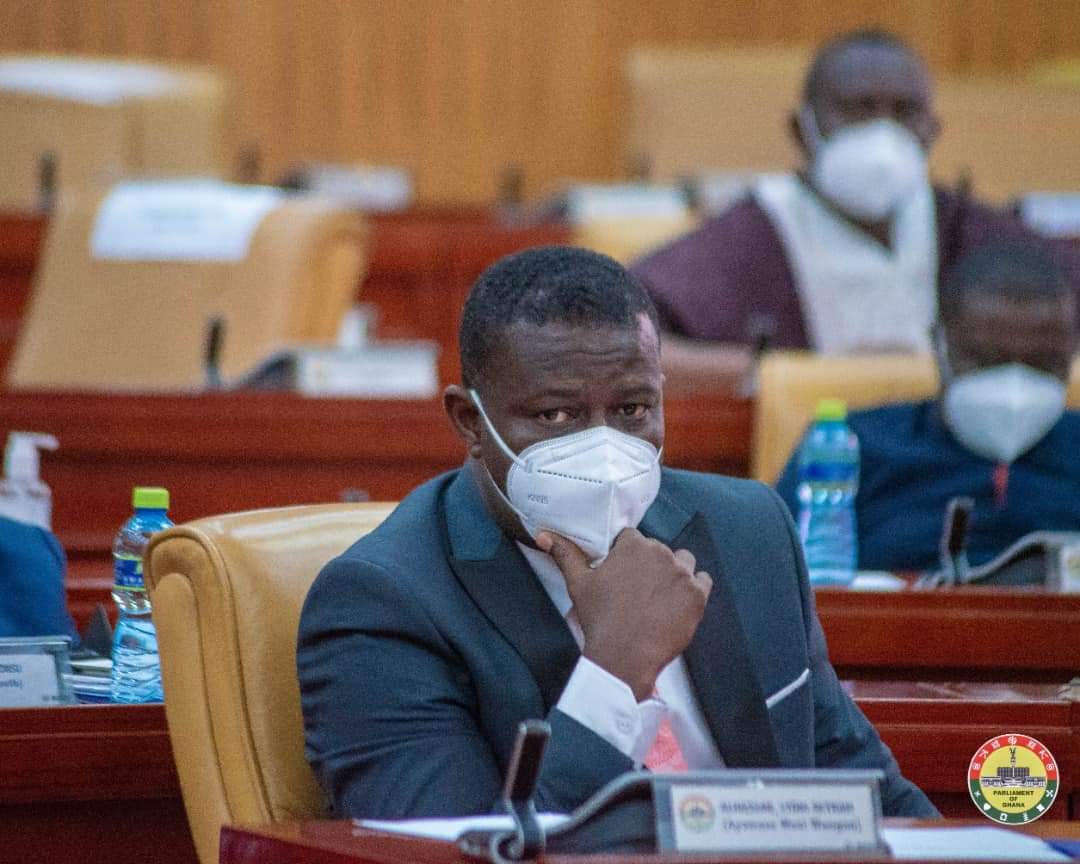 Majority Chief Whip, Frank Annoh-Dompreh on Tuesday in Parliament highlighted the progress made so far for the future of renewable energy in Ghana and the African sub-region.

Below is the full speech made by Mr Annoh-Dompreh, who is also the MP for Nsawam-Adoagyiri.

STATEMENT HIGHLIGHTING ‘PROGRESS FOR THE FUTURE OF RENEWABLE ENERGY IN GHANA AND THE AFRICAN SUB REGION’ BY HON. ANNOH-DOMPREH, MAJORITY CHIEF WHIP AND M.P, NSAWAM-ADOAGYIRI

I am privileged to be given this mandate to make this timely statement highlighting the ‘Progress for the future of Renewable Energy in Ghana and the African sub-region.

Mr. Speaker, Renewable Energy as expertly viewed by the Natural Resources Defense Council, N.R.D.C is often referred to as clean energy which comes from natural sources or processes of which are ‘solar power’, ‘wind power’, ‘hydroelectric power’, ‘biomass energy’, ‘geothermal’ and ‘tidal power’,  that are constantly replenished.

Although renewable energy is often seen as a solution for the future of our power needs, we have been harnessing the natural power of nature for centuries. Windmills and water wheels were used to power granaries, while the sun has been used to create fire for heat and light.

However, humans have become increasingly dependent on the use of fossil fuels including coal and natural gas. The widespread use of these types of energy has been shown to have had a detrimental impact on the planet, with increasing global temperatures, an increase in extreme weather events and the loss of natural habitats as a result.

Mr Speaker, Africa is home to more than two-thirds of the world’s least developed countries and 600 million people currently live without access to modern energy services. Paradoxically, Africa possesses vast renewable energy potential that could cover nearly a quarter of its energy needs through indigenous renewable energy by 2030. The deployment of renewables-based solutions is, therefore, central to the achievement of universal access and a key enabler for the attainment of the aspirations of the AU Agenda 2063 as well as the achievement of the UN Agenda 2030 on Sustainable Development.

Africa’s rapid economic expansion creates a daunting energy challenge, combined with rising expectations of improved resilience and sustainability. Finding a sustainable way to meet growing energy needs is one of the core developmental challenges for the continent. Africa is rich in renewable energy sources, including hydro, sun, wind and others, and the time is now for sound planning to ensure the right energy mix. Decisions made today will shape the continent’s energy sector for decades.

Mr Speaker, A 2019 report by the International Renewable Agency report: ‘Scaling up Renewable Energy in Deployment in Africa’, noted that the continent is endowed with substantial renewable energy resources, and it is in a position to adopt innovative sustainable technologies and play a leading role in global action to shape sustainable energy future.

The African Union attests to the above fact and recommended “Member States, regional and continental bodies to integrate the concept of Clean Energy Corridors into their renewable energy and climate change agendas as well as in the design, implementation and update of regional and continental initiatives and programmes. This is meant to support the continent’s transition to more sustainable, affordable, and low-carbon power markets.”

Subsequent to the International Renewable Energy Agency’s (IRENA) assessment of Ghana’s readiness to adopt energy from renewable sources in 2017, major activities have taken place that addressed some bottlenecks identified in similar assessment reports. Among which are excessive focus on grid code priorities for our power sources; and the complex process of entering the market of renewable energy especially by Independent Power Producers among others.

In line with the Nationally Determined Contributions, the Government outlined these objectives;

Mr. Speaker, since 2017, the Government of Ghana through Bui Power Authority has made big strides as the Renewable Energy Leaders, which are highlighted by the following:

Mr. Speaker, it will be in your utmost interest to know, the entire Jubilee House — the seat of government has been powered with solar energy, an initiative that strongly shows the commitment and determination of the Akufo Addo government to promote the development of renewable energy. The 912-kilowatt solar panel which was installed at the Presidency at a cost of US$1,494,350.00 to provide clean energy is a great initiative.

Mr. Speaker, in achieving this third objective, the Government of Ghana through the Bui Power Authority (BPA) would construct about eight solar plants in the northern part of the country in a bid to harness the vast solar radiation resource in that area to increase renewable energy generation. The earmarked sites for the project include Yendi, Northern, Buipe and Sawla, Savannah; Zebilla, and Bolgatanga, Upper East and Tumu, Upper West. These spots are close to sub-stations of the Ghana Grid Company (GRIDCo) in the northern part of the country, where the potential solar plants capacity between 10 Mega Watt peaks (MWp) to 100MWp could successfully be tied into the National Interconnected Transmission System (NITS).

Mr Speaker, through the efforts of the Government of Ghana, the Board of Directors of the African Development Fund have approved a $27.39 million grant to Ghana for the development of renewable energy investments in the mini-grid and net metering space. This is to support the government’s renewable energy initiatives under the Ghana Cares Obaatanpa Programme. The project involves the development of 35 mini-grids, standalone solar photovoltaic systems in 400 schools, 200 units in healthcare centres and 100 units for community energy services centres in the Volta Lake region. It will also deploy up to 12,000 units of roof-mounted net-metered solar photovoltaic systems for public institutions, small and medium-sized enterprises and selected households. The project has leveraged co-financing from the Scaling up Renewable Energy Program, a funding window of the Climate Investment Funds, and the Swiss State Secretariat for Economic Affairs, amounting to $28.49 million and $13.30 million, respectively. The Ghana mini-grid and Solar Photovoltaic Net Metering is expected to have an annual electricity output of renewable energy estimated at 111,361MWh, corresponding to an installed capacity of 67.5MW. The project will mitigate greenhouse emissions of 0.7795 million tons of CO2 equivalent per year and create up to 2,865 jobs during construction, of which 30% will target women and youth.

• Strategic Security Systems International Limited (3SiL) has begun solar PV module assembly in Ghana with a capacity of up to 30 MW of modules per year.

• Halo International has also completed a solar PV module plant with a production capacity of 15 MW per year.

• Tradeworks Ghana Ltd. is in the process of completing a solar PV module assembly plant with 12 MW per year capacity.

• Africano Electro Ltd, PowerWings Company Ltd, Pamasonic and Deng Ghana Ltd, among others are at various stages setting up manufacturing/assembly plants for RE components.

Mr. Speaker, it is evidently clear that this Government is poised to unearth, create and sustain environmentally innovative channels regarding renewable energy development in Ghana, and has chalked unprecedented achievements in the history of renewable energy development in Ghana. The Akufo-Addo government has demonstrated that it is time for us as a nation to get environmentally drastic and lead in the sub-region towards the transition of the continent using renewables.

I thank you, Speaker for the opportunity.