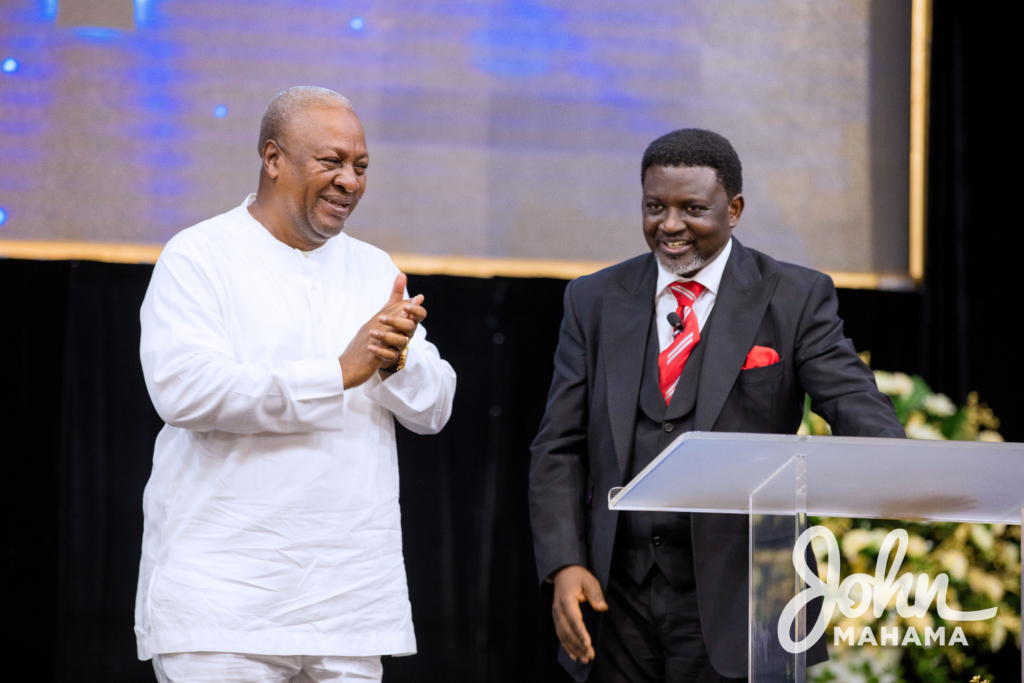 Speaking to the church, former President Mahama recalled the story of Easter and used the opportunity to wish the congregation a happy Easter.

He recalled his exploits with Archbishop Agyinasare as young men in Tamale.

“Let me wish you a belated birthday greeting, especially as I was unable to join you to commemorate the important milestone of 60 years”, the former President said.

“I have known the Archbishop for many decades, since his days as a young pastor. We are both old now”.

Mr Mahama noted that as a politician and former President, he has remained close to the Archbishop and seeks his wise counsel when he needs it.

“I have no doubt that considering the Archbishop’s life as a pastor, his exemplary contribution to the growth of the church and our national development, he has stood firm in his service to the Lord, and he has throughout the years remained steadfast and focused, and I have no doubt that the good Lord has ordained his rise to the level of an Archbishop”, Mr Mahama stated.

He congratulated the Archbishop, expressed his gratitude to him, and thanked him and the Perez Chapel for their prayers and support.

“Lordina, the children and myself extend our warm felicitations to you, your family and the church”.