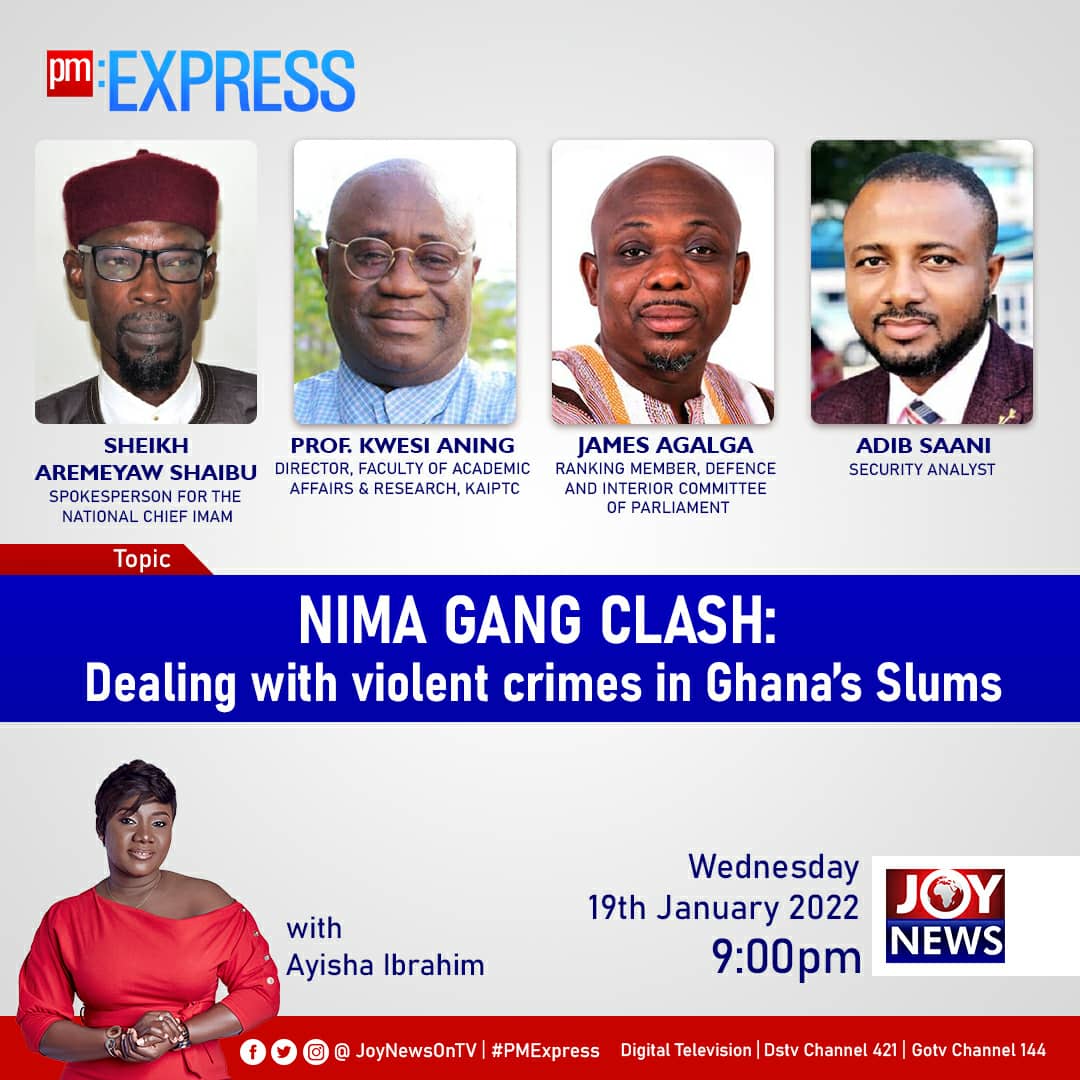 The Police have arrested seven suspects in connection with clashes that ensued in Nima, a suburb of Accra on Tuesday.

The law enforcement agency is also on a manhunt for ringleaders for the two gangs involved; Kumordzi and Bombo.

It comes on the back of a violent turf war between the youth of Nima and Maamobi which nearly led to bloodshed but for the intervention of the police.

A timely intervention by the Police on Tuesday afternoon averted what could have been bloodshed following a violent clash between the youth of Nima and Maamobi.

In videos widely circulated on social media, the youth in the adjoining Muslim communities are seen with clubs and cutlasses around 3:00 PM.

Following the incident, an uneasy calm has settled over the area.

Residents in the area say they live in fear of reprisal.

Today on PM Express, Aisha Ibrahim and her panelists will be discussing dealing with violent crimes in Ghana’s slums.