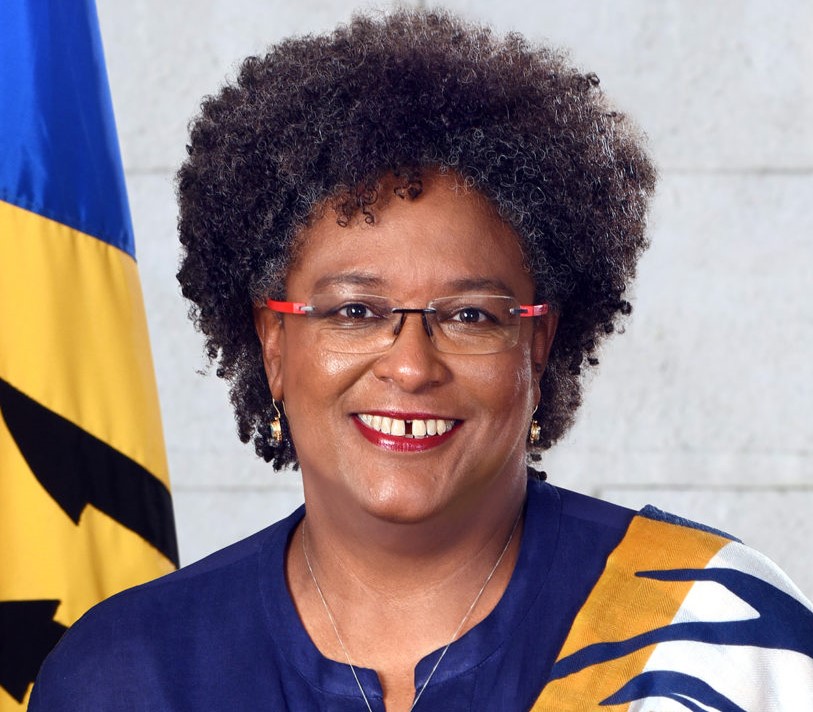 The Prime Minister of Barbados, Mia Amor Mottley, has called on Ghanaians to work together to protect the country’s cherished democratic principles and values.

Speaking at the 65th Independence Day Anniversary Parade on Sunday, Mia Mottley, who was also the special guest of honour, charged citizens to contribute their quota in building a country with a resilient economy, and robust democratic principles.

According to her, nation-building is a collective duty between the government, and its people, and therefore there is the need for citizens to collaborate with government in improving the lot of Ghana.

She also charged Africans to take a stance against persons who instigate and perpetuate coups to topple constitutionally elected regimes. According to her, the practice does not augur well for the continent, thus the need for it to be avoided.

She also called for deepened collaborations between the government of Ghana and Barbados, to facilitate development in both countries.

Meanwhile, the President of Ghana, President Akufo-Addo, who also spoke at the parade, has assured Ghanaians of his willingness to preserve the country’s democratic values, in the wake of recent coup mongering comments in the country.

Speaking at the 65th Independence Anniversary Parade on Saturday, he stated that, government will deploy all available means to safeguard the country, from anything that is capable of disrupting the smooth governance of the country.

In this regard, the President condemned certain comments in the public space, which have triggered conversations about a coup in Ghana.

“The great majority of us who are committed to democratic values and institutions will continue to resist the claims of these adventurers and deploy all legitimate means in our democracy to maintain our free, open system of governance, which has respect for human rights, the rule of law and the principles of democratic accountability.”

“It is either the absence of faith in the prospect of democratic alternative to the current government or their impatience to wield executive authority are the factors driving their appetite for the shortcut of military intervention.

He added that, “whatever be the case, they seem ready to jeopardise the hard won reputation of our country as beacon of democracy and stability in Africa and indeed, in the world, in order to gratify their personal ambition, ambitions which show little or no respect for the capacity of the Ghanaian people to change when necessary, their government peacefully through the ballot box, something we have done on three separate occasions in the 29 year life of the fourth republic”.

The President further affirmed his commitment to the principles of the rule of law and accountability.

This year’s Independence Day Parade, was held at the Cape Coast stadium in the Central Region, and was witnessed by hundreds of Ghanaians who thronged the venue.

The event was also graced with intermittent traditional performances, to reflect the country’s deep cultural heritage. This year’s parade was under the theme, “Working Together, Bouncing Back Together”.