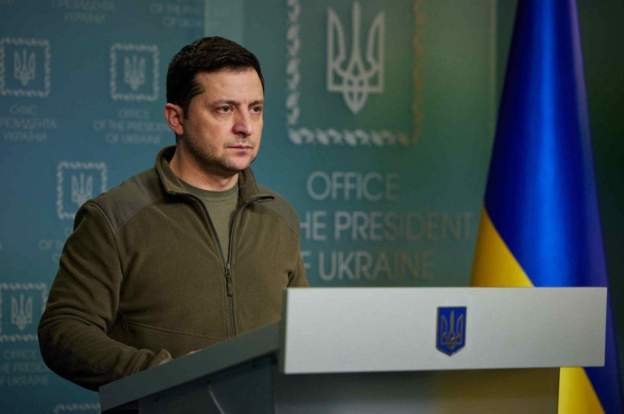 This is not a normal thing I’d post and also mainly for my peers but targeted to a general audience. By ‘normal’ here, I’m referring to the usual writings I post which are more of the inspirational and motivational sort. Yet, since this is a blog where I try as much as possible to be real and relate to reality and normal situations, this seems just right to post on here, despite the difference in my other posts.

As most of you know, currently, there is a war going on between Russia and Ukraine, if you didn’t know, well, now you do! I’m full-on support with Ukraine, but, I understand where Russia (Putin) is coming from. So in general, I support peace. According to sites like en.wikipedia.org, these conflicts started way back in February 2014, I was 4 then.

President Vladimir Putin and some of his associates want to claim Ukraine as part of Russia and refer to the country as a ‘land’. Another reason is also that Ukraine wants to join NATO (North Atlantic Treaty Organisation). NATO exists to defend its member countries and their one billion citizens. It does this by bringing together the governments and the armed forces of the 30 Allies, and by providing a security guarantee that an attack on one of them is an attack on all of them and also to prevent Soviet expansion.

Established in the aftermath of World War II, NATO implements the North Atlantic Treaty, signed 4 April 1949. And, Russia is against Ukraine joining the NATO because, if Ukraine does join, to Putin, the possibility of him getting killed or captured by NATO is at a higher chance, as well as a ‘threat’ to Russia’s borders.

Hence, Russia had several talks with the Ukrainian President, Volodymyr Zelensky to stop them from joining. But Ukraine wanted to join. Besides, they can make their own decisions. Russia cannot join NATO because NATO doesn’t agree with its way of ruling, which is capitalism. Which basically doesn’t give the citizens freedom of speech, unlike democracy.

And the elected president stays the president till he/she passes. Earlier this year Ukraine already received threats from Russia, which made them alert though Putin constantly denied going to attack. But the attack happened in the night. Although it’s quite ‘weird’, I receive most of my updates from social media such as TikTok and Instagram. Our current generation is very different.

Some people may mean it in a bad way, others may not. Because who would be filming a dancing video in a WAR?! It’s kind of weird, funny but very helpful and informative. For some of those people too it gets them occupied, less stressed, and as their way to cope. You would be randomly scrolling through let’s say TikTok and will see a random person crying. That person is from Ukraine or a person who is against the war in Russia.

That person keeps calling his/her grandparents/parents/friends/family and they’re not picking. Sometimes too, that person woke up at 3 am, or 4 am, because of gunshots and bombing. If you heard, Russia, (well not the whole Russia, because most of them want peace) so Putin and some of his associates decided to bomb a children’s hospital where newborns and people under 16 were. Devastating.

And, OH! They also bombed the Ukraine International Airport. Just because Putin wants to protect his life and Russia’s borders, which is understandable. But personally, I think he could have done it through other means. I appreciate President Zelensky of Ukraine a lot because although he is the first target, and his family is second, he is still on battlegrounds fighting along with his soldiers, and President Putin is out there staying safe, and protecting his family, while people don’t know whether they’ll see tomorrow.

Sadly, we have some Ghanaian students also there, but thankfully, as of February 28, the majority of them have gone to safe spots such as Poland, and other safe neighbouring countries. And, if you heard, the neighbouring countries of Ukraine where people are going to stay safe, are experiencing racism and aren’t being allowed to cross borders. Shocking, I know. Who would have thought a War could happen in the 21st Century.

Well, I definitely did not expect that. It’s shocking to think this would be in history books someday, just as I saw WW1 and WW2 in History books. Hopefully, it eases soon so other countries and soldiers don’t have to join where it would become WW3.

It’s saddening to watch Ukrainian soldiers leave their families to fight for their country, not knowing whether they’ll come back alive. Sadly, the Russian soldiers cannot refuse to attack because supposedly their families would be killed if they don’t go. The bombings and the fire are miserable to watch. And the story of the 14, but reportedly 8-year-old girl who was riding her bicycle in Ukraine, who died after a missile.

People in great health are dying, over acclamation of land? It’s a little bit of sunshine to know that President Zelensky of Ukraine is helping his land and fighting along with his soldiers and hopefully, with the Almighty’s help, it shall pass. As much as I support Ukraine, I don’t think it’s necessary to send hate to any Russian whether or not they are in support of the executions made by their leaders. In the end, I want peace, whether from Ukraine or Russia. Hopefully soon, they find out mature ways to solve their misunderstandings, either than war.

This is my perspective on the war right now and as much as every opinion is welcome, please don’t send negative remarks whether to me or to anyone in support of Russia/Ukraine. The situation looks different to everyone. And to those who are sensitive to these types of topics. As well as to those who appreciate the inspirational content more and wouldn’t want these kinds of content. I felt the need to be real and speak my thoughts on this. However, all beliefs are not being judged whatsoever. Thank you for reading and kindly keep Ukraine and its citizens in your prayers.

And if you want any information, you can go to www.google.com or any internet browser, and search for ‘Russia-Ukraine War’, for the reasons or anything you want to know about it, where various articles would pop up. Any social media platform, like the ones I mentioned earlier, can give you some information as well, just search the hashtag #russiaukrainewar, or en.wikipedia.org, or www.aljazeera.com

Laureen Sedem Tamakloe is the brain behind ReadForGold. ReadForGold is a platform the writer uses to influence and motivate her peers positively. In other words, “Impacting the next generation.” She is 12 years old and born in Accra, Ghana. She is in Year 7 (JHS 1) at North Hills International School. She aspires to be a Pilot and a writer. She loves to read and write.